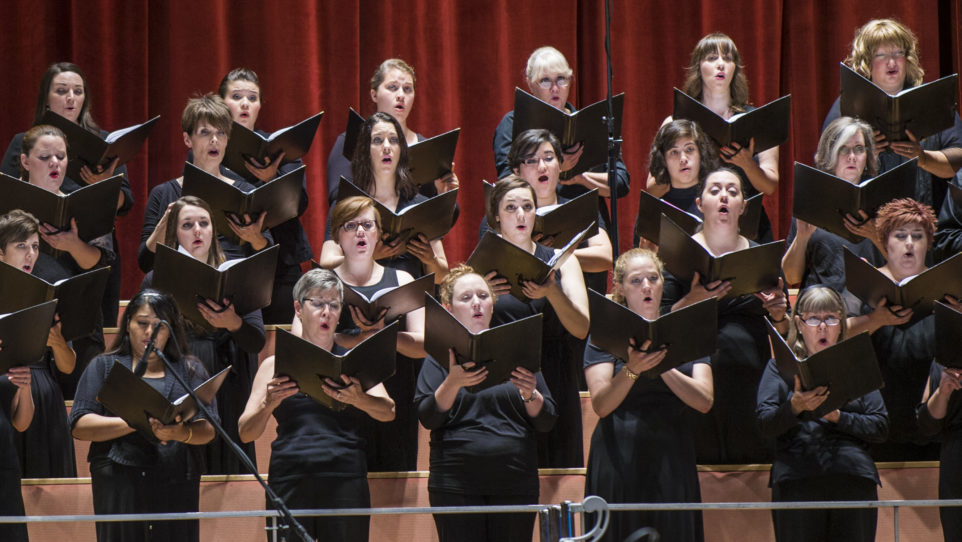 The Grant Park Chorus last summer presented two performances of Rachmaninoff’s All-Night Vigil (Vespers), one of the alltime greatest works of a cappella choral music. It was a personal favorite of the composer’s among his creations, and has often been singled out as his masterpiece. Consisting of 15 movements, the work draws on sacred texts from the Vespers, the Matins, and the first liturgical hour of the Russian Orthodox Church. Many of the movements are based on ancient liturgical chants. Rachmaninoff completed it in 1915 and it was premiered that year in Moscow, during World War I, as a benefit for the Russian war effort. It was enthusiastically received, but the initial success was blunted a couple of years later in the wake of the Russian Revolution, when the new government condemned religious music. Rachmaninoff himself would leave his homeland shortly following the revolution, to make a new home and career for himself in the Western world. Performances of the All-Night Vigil are “events” in the sense that the work is a technical and musical challenge for choirs, and also because of the work’s length, which is slightly over an hour. WFMT is delighted to have this chance to share the Grant Park Chorus’ performance from the South Shore Cultural Center under the direction of Christopher Bell.