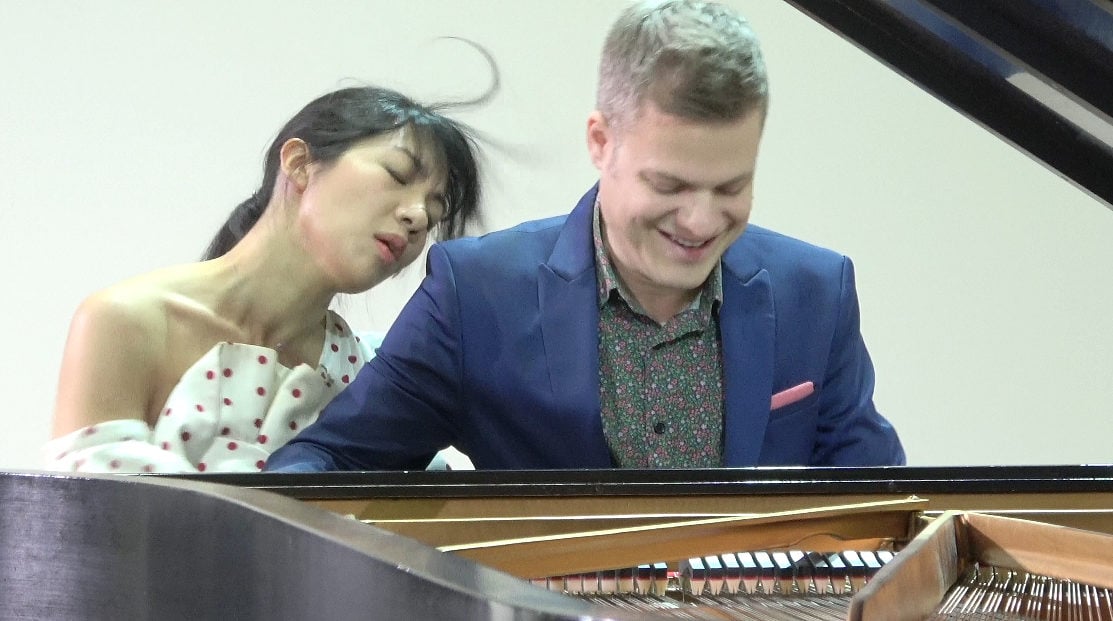 When pianists Greg Anderson and Elizabeth Roe met as students at the Juilliard School, they began a partnership that has developed into one of the most successful in classical music today. Anderson & Roe Piano Duo has topped the Billboard charts with their best-selling albums, and wowed music lovers around the world with their Emmy-nominated music videos. WFMT was thrilled to invite them to our Levin Performance Studio for a concert and conversation before a live audience on Impromptu. It turns out, it wasn’t the first time Roe performed at WFMT: as a Chicago native, she recorded her college audition tapes in the same studio! Enjoy selections from their Impromptu performance below, or listen to the full live performance.

Lullaby Based on Wiegenlied, Op. 49, No. 4, by Johannes Brahms