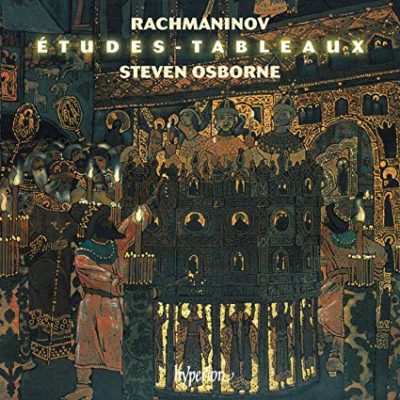 Steven Osborne is one of Britain’s most treasured musicians whose insightful and idiomatic interpretations of diverse repertoire show an immense musical depth. His performances of Rachmaninoff’s music have been praised for their “modesty, inner fire and virtuosity” (The Observer). Osborne turns his attention to the wonderful Études-tableaux, or ‘picture-studies,’ which have the power to hold the attention through Rachmaninoff’s command of keyboard color and an economy of means. As the composer said, “A small piece can become as lasting a masterpiece as a large work.”