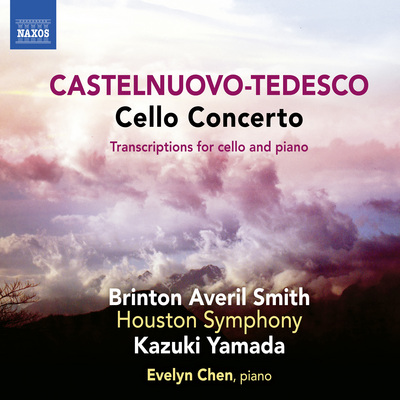 Inspired by the personality, prodigious technique, and musicality of the cellist Gregor Piatigorsky, Mario Castelnuovo-Tedesco’s Cello Concerto is a work of imposing scale and demanding virtuosity, but also with a rare beauty and warmth of expression. This live recording documents the first professional performances of the concerto in more than 80 years, and is paired with playful and virtuosic freely composed transcriptions for cello and piano of Mozart, Rossini and Ravel that Castelnuovo-Tedesco made for Piatigorsky and Heifetz. British cellist Brinton Averil Smith’s performances have been praised for their virtuosity and musical ideas rooted in the golden age of string playing.