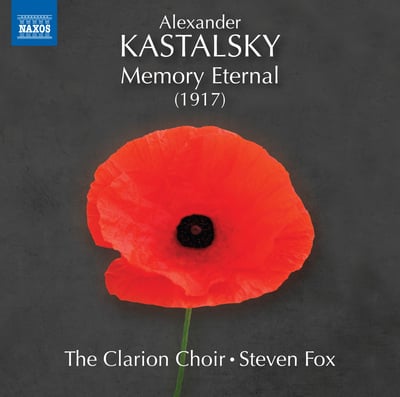 In the face of the devastation wrought by the First World War, Alexander Kastalsky conceived a musical service of remembrance for the fallen. A pivotal figure in Russian musical life – he was a student of Tchaikovsky and acclaimed as the founder of a new, national church music – Kastalsky composed a choral-orchestral Requiem, for the concert stage. Simultaneously, he worked on the a cappella version heard on this recording to be sung in Russian Orthodox churches. Following the basic structure of the Orthodox Panihida, or memorial service, Memory Eternal, and the short sacred pieces that end the program, reveal Kastalsky’s masterful use of choral sonority and color, his weaving of complex polyphonic textures, and his graceful use of ancient chant melodies.