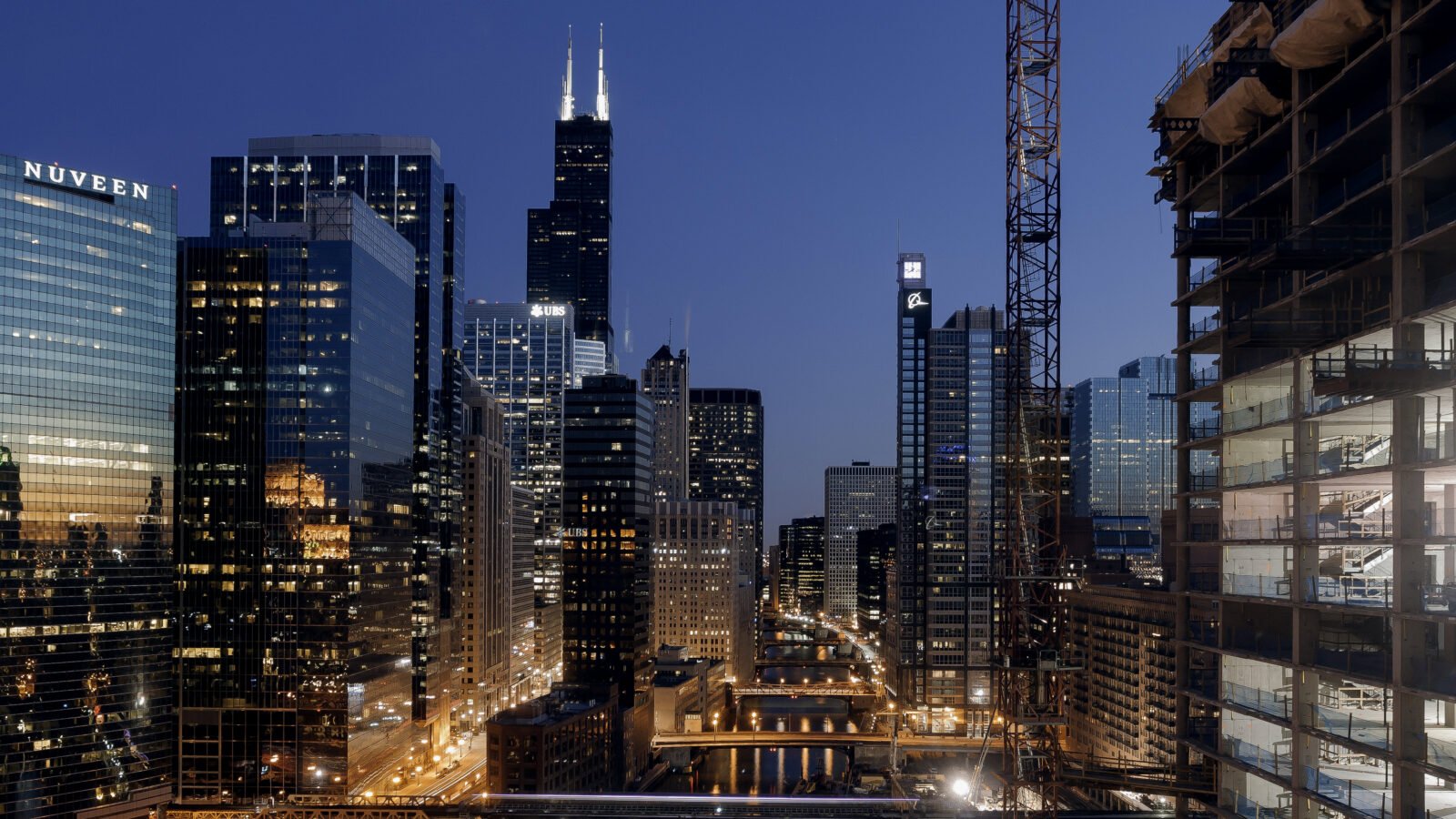 Chicago is world-renowned for its architecture. Take a walk around the city, and chances are that you’ll encounter at least a few fantastic buildings. Maybe they were even designed by luminaries like Frank Lloyd Wright, Ludwig Mies van der Rohe, and the duo Adler and Sullivan, all of whom made their mark on Chicago and American architecture. Scores of other architects like SOM, the firm behind the Sears — er Willis — Tower and the John Hancock Center, and Jeanne Gang, whose distinctive Aqua was completed in 2009, designed inspiring architectural attractions that have left an indelible mark on Chicago's skyline. But did you know that Chicago’s architectural legacy has inspired music, too? 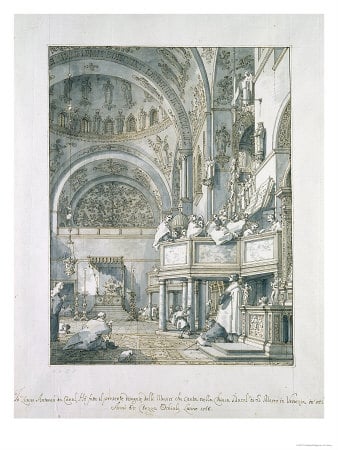 Chicago buildings aren't the first to inspire composers. When the Florence Cathedral was consecrated in 1436, Guillaume du Fay composed Nuper rosarum flores, whose musical structure may be a reference to the geometric structure of the Duomo’s iconic dome. Architecture was also central in development of the Venetian polychoral style, in which separated choirs create a rich stereo effect. This style emerged because of the architectural traits of the Basilica San Marco in Venice: the cathedral's unusual feature — two opposing choir lofts — meant that the choir could be separated.

Today, some of Chicago's architecture — whether the most famous buildings or the city's best kept secrets — have served as the inspiration for composers. Each year, Access Contemporary Music commissions composers to create works based on Chicago's most remarkable spaces. The commissions are coordinated Open House Chicago, an annual weekend that opens up buildings for Chicagoans to explore.  The works are performed in the buildings that inspired them, to be enjoyed by those touring the spaces.

Below, explore some of the city's most interesting buildings, and the music they inspired, to discover the different ways that composers have incorporated the inspiration of Chicago architecture.

The Robert F. Carr Memorial Chapel of St. Savior, situated on the IIT campus in Bronzeville, was designed by famed modernist architect Ludwig Mies van der Rohe. Mies’s hugely influential and elegant architectural style, encapsulated by his famous adage “less is more,” can be seen in some of his Chicago buildings including 330 N Wabash in River North and S.R. Crown Hall at IIT, whose campus he planned. Both of these buildings showcase Mies's trademark sensibility and are fitted with his signature materials — steel I-beam frames and glass facades.

Mies's Carr Chapel is unlike many of his iconic buildings, not only because it was his only religious project, but also because this relatively simplistic and compact building is his only masonry building on the IIT campus.

The building’s small but strong presence inspired composer Katrina Burton, who composed her piece for solo cello. Burton's "Carr Chapel," which premiered in 2015, has a meditative quality, which is bolstered by the acoustics of the space. The chapel's marble floor reverberate with the music , producing an array of unique harmonies from the solo instrument.

A handsome Gold Coast mansion — one of the last residences of its kind still remaining along Lake Shore Drive — houses North America’s only museum dedicated to surgical science. The mansion, which is formally named the Eleanor Robinson Countiss House, was constructed in 1917 after a building that was built on the grounds of Versaille to serve as Marie Antoinette’s “playhouse.” The grand mansion is well preserved, and despite its dramatic repurposing, it still retains many of the original flourishes like its Italian marble stonework and gilded metal staircase.

The building was converted to the International Museum of Surgical Science in the 1950s, when it was acquired by Dr. Max Thorek, the founder of the International College of Surgeons. One of the first, and most notable exhibits is the Hall of Immortals, a gallery honoring the most important figures in scientific and medical history. The white room has ornate French paneling and marble tiles, but these embellishments might well go completely unnoticed, because the room is dominated by the twelve stark and resolute stone statues flanking the space.

Michael Miller had the building and the medical sciences in mind when creating his piece, “Caduceus Fantasy for violin and cello,” which premiered at the International Museum of Surgical Sciences in 2013. In a post on the IMSS Facebook page, Miller shared that he was inspired by the stately mansion, and sought to compose that “could seem as old as the building itself, so the style is as if written by an imaginary composer a hundred or so years ago.” The piece takes the form of a theme and variations, and its dynamics are meant to evoke the precarious tension between “life and death” embodied within the process of surgery. His piece also references the caduceus, the medical icon depicting two snakes coiled around a winged staff. Since the work was written for a violin and a cello, the two instruments are woven together in serpentine lines.

A post shared by Concierge Preferred (@conciergepreferred) on Dec 6, 2018 at 9:39am PST Millions have passed through Chicago's Union Station since it opened in 1925. The stunning terminal is the third-busiest in the US, serving about 120,000 passengers per day. The building itself was first designed by architect and urban planner Daniel Burnham, who created an influential master plan of Chicago. He also designed some of the most elegant Chicago buildings of the late 19th and early 20th centuries, including the Rookery (which Frank Lloyd Wright redesigned in 1907), the Reliance Building (one of the early Chicago skyscrapers), and the colossal Marshall Field and Company Building (which is now Macy's on State Street). His style, influenced by the architecture of ancient Greece and Rome as well as Beaux-Arts, the dominant architectural style of late 19th century France, informs the terminal, with its impressive scale and classical-inspired ornamentation.

Such a massive space, which has seen so many emotional hellos and goodbyes, seems as if it would be overflowing with stories. Tim Corpus gleaned one specific narrative that guided  his piece, "Letters Home." He found letters written by Trudel Adler Grossman in the Women’s Lounge at the station. Grossman’s trip to Chicago was her first time away from home, and the letters capture her excitement and shock of 1930s Chicago. Though it has since been restored to a beautiful event space in the station, the Women's Lounge had been closed to the public for decades when the piece was written and performed. As seen in the video above, the space's structural beauty shines through, but it is in disarray. This state of decay and the stirring music immerse the audience, making the letters and the historical era they hail from feel more tangible. During the performances, the letters were on display in the space, and the audience was invited to read them.

Sedgwick Studio originated as a significantly less glamorous — but no less integral — part of Chicago’s built environment. The space sits below the CTA Brown Line’s Sedgwick stop, and initially served as an electrical substation powering the train. In the 1960s, a group of sculpture artists bought the space and converted it into a vibrant live/work space. A view of the interiors testifies to the building’s functional appeal. High ceilings give sculptors free reign, and the building’s initial industrial structures have enabled a variety of artistic enterprises, including restoration, neon work, and design.

The chaotically artistic space, populated with fragments of artworks and tools, inspired the composer, Roydon Tse, and his aptly titled 2017 piece, "Clutter." He fashioned his composition after his experience of the workshop; it starts with many disparate musical elements that come together as the piece advances. 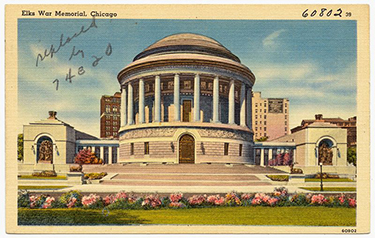 Elks National Veterans Memorial (From the Tichnor Brothers Collection of the Boston Public Library, CC BY 2.0, via Flickr)

The Elks National Memorial stands just across the street from Lincoln Park, a striking presence. The memorial commemorates the over a thousand members of the Elks who died in combat during World War I. Marked by its French-inspired, Beaux-Arts style and capped by a monumental domed rotunda, the interior is decorated with lavish materials from around the globe, including France, Belgium, Italy, and Greece. The building was dedicated in 1924, and later rededicated in 1946, 1976, and 1994 in honor of World War II, the Korean War, and the Vietnam War. It has been called “one of the most magnificent war memorials in the world.”

Composer Elizabeth Start, whose piece “to remember… to believe…” had its world premiere in Elks National Memorial in 2013, embedded motifs from different American patriotic songs that were popular during World War I.

These works and other pieces inspired by buildings in Barcelona and Milwaukee, will be accompanied by video footage of the buildings and shared in a concert, Songs about Buildings and Moods, organized by Access Contemporary Music. It will be held on Monday, September 10 at 7:00 pm at the Davis Theater in Lincoln Square.