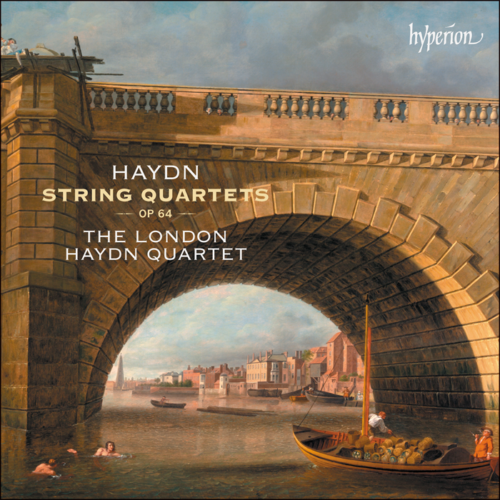 One of the world’s leading period instrument string quartets, the London Haydn Quartet was born out of a passion for Haydn. Their series of recordings of Haydn’s quartets on the Hyperion label (of which this is the seventh) have met with international critical acclaim. Op. 64 is a set of six string quartets composed in 1790. Along with six earlier works, they are known as the “Tost” quartets, after the Hungarian violinist and later merchant Johann Tost who helped Haydn find a publisher for the works.