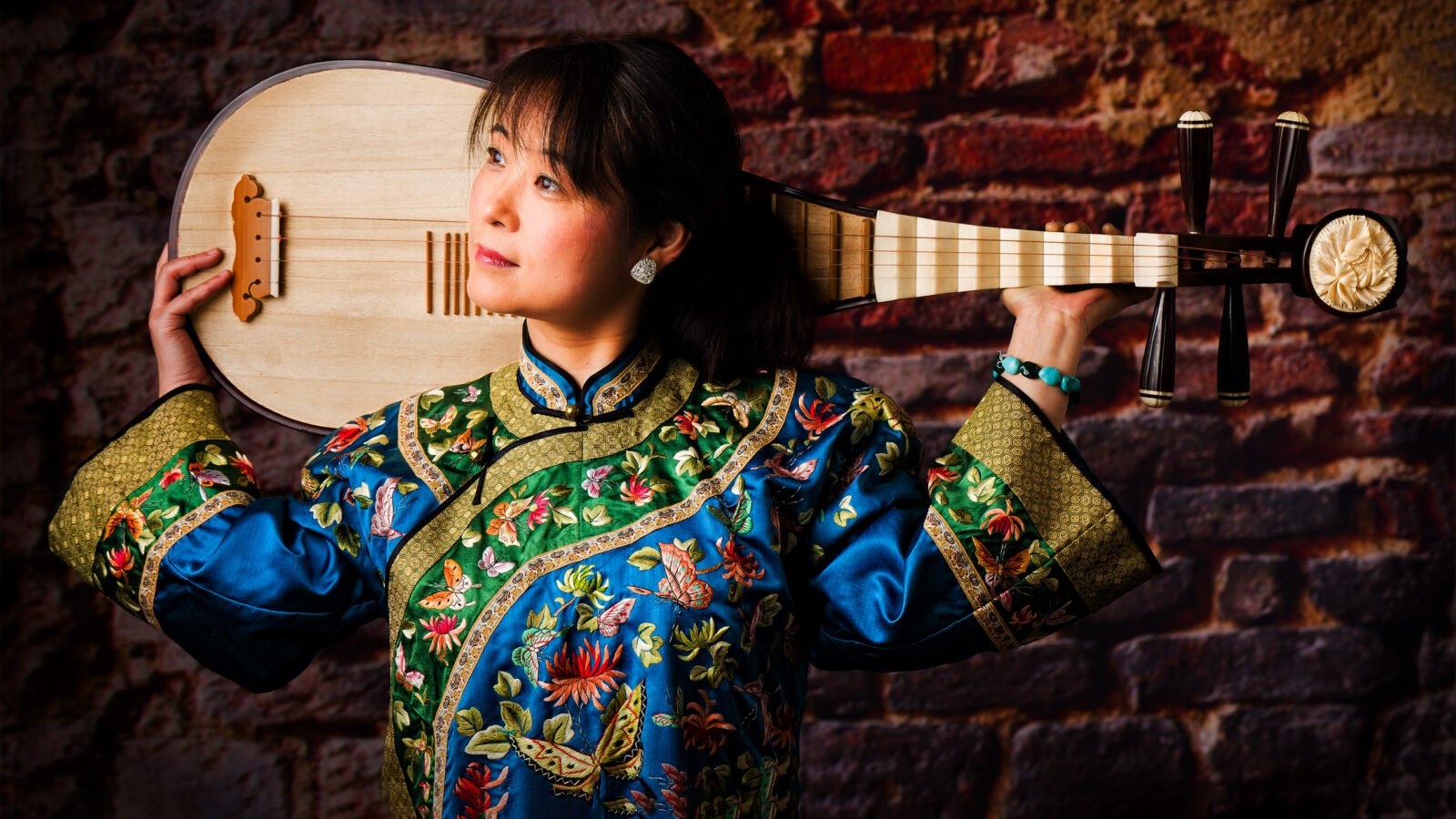 Alright, so maybe you’ve heard the pipa before. Perhaps, though, you don’t know it by name. The distinctive sound of this plucked Chinese instrument has made its way into soundtracks for films such as Kung Fu Panda 3. Grammy-nominated pipa player Wu Man counts the animated film as one of many projects that have helped her introduce ancient sounds to modern audiences.

In anticipation of her performance at the National Chinese Language Conference in Chicago, Wu Man discussed the pipa’s 2,000-year history and her diverse collaborations.

“The pipa looks like a pear-shaped lute. It’s seen as a Chinese instrument, but it originally came from Central Asia,” Wu Man explained. “Over the years, the Chinese developed the way the pipa is played now: four strings plucked with the instrument held straight up and down. It is closely related to the oud in the Middle East or even the banjo in America.”

Instruments that are associated with a certain region are often labelled “folk” instruments. Wu Man explained that in China, “it was really known as a ‘classical’ instrument. That means it was not meant for large, public performances. It was meant to be an intellectual instrument played in a very small setting, like in the palace in front of the emperor.”

“But in the 19th century, the instrument became more popular.” She continued, “It was used in local concerts, and it was seen more as an instrument to master. Before, the solo repertoire was based in an oral tradition. A book came from this time that was a collection of these traditional pieces.  Now, you can find the pipa in solos, small ensembles, orchestras—anywhere!”

Wu Man first played the pipa when she was 9 years old. “I would say my parents pushed me to learn it,” she laughed. “When I was about 13, I went to study at the Central Conservatory of Music in Beijing. I stayed there for middle school, high school, college, and graduate school. After I graduated in 1990, I came to the U.S.”

Like many young musicians fresh out of school, Wu Man’s first stop was New York. “I just couldn’t believe all the things happening there.  I heard so many different types of music. That gave me an open mind to say, ‘this is what I’m going to do for this instrument,’ since no one really knew the pipa here during that time. So I started to play with a jazz band, in clubs, just trying to introduce the instrument.” Wu Man considers these diverse musical experiences as the catalysts for her career. “Sometimes, you never know who’s in the audience,” she said. “I had people come backstage saying, ‘Wow, your sound and your instrument are great. Can I write for you? Can you play with us?’ I always said, ‘Yes.’”

Since, Wu Man has collaborated with some of the most influential composers and musicians, including Philip Glass, Terry Riley, Yo-Yo Ma and the Silk Road Ensemble, and the Kronos Quartet. According to Wu Man, cross-genre collaborations are crucial for the pipa’s survival.

“We have to open doors to keep this instrument alive,” she stated. “You want to keep the traditional form but you can also push the envelope to see how we can do other things for the next generation. I think this instrument is such a treasure for all cultures.” She chuckled, “It’s just a cool instrument, and I want people to know that!”

Exposing the pipa to audiences around the world has surprised Wu Man in a few ways. “First, I think 98% of the audiences in my concerts have never heard the pipa. Surprisingly, people will come up to me after and say, ‘Oh that sounds like a banjo! That sounds like a harp!  That sounds like a guitar!’ The pipa really is a combination of all plucked instruments, and I’m glad people always find something familiar.”

“The other surprise is that the pipa can play not only the traditional Chinese repertoire, but it fits into so many genres,” Wu Man said. “I’ve worked with so many musicians, from Mexican guitarists to banjo players. Music is music – the instrument is just the way you can express.”

Listen and watch Wu Man perform Zhao Jiping’s Pipa Concerto No. 2 with the China National Centre for the Performing Arts Orchestra in the video below.

Learn more about Wu Man by visiting her website.

This piece was originally published on April 26, 2016.

Bach, Borge, Biden: Ed O’Keefe, the CBS News White House Correspondent Who Came To Play
'No path is easy': Black opera singers detail struggles
Lyric Returns With Free Star-Studded Virtual Gala
Embracing the ‘Sound of Silence’: Guitarist Miloš and His Return to Music
6 Classical Music and Wine Pairings That Are Sure To Soothe Your Soul
Is This the Real Life? Opera Artists on Singing 'Verismo' With Muti & CSO