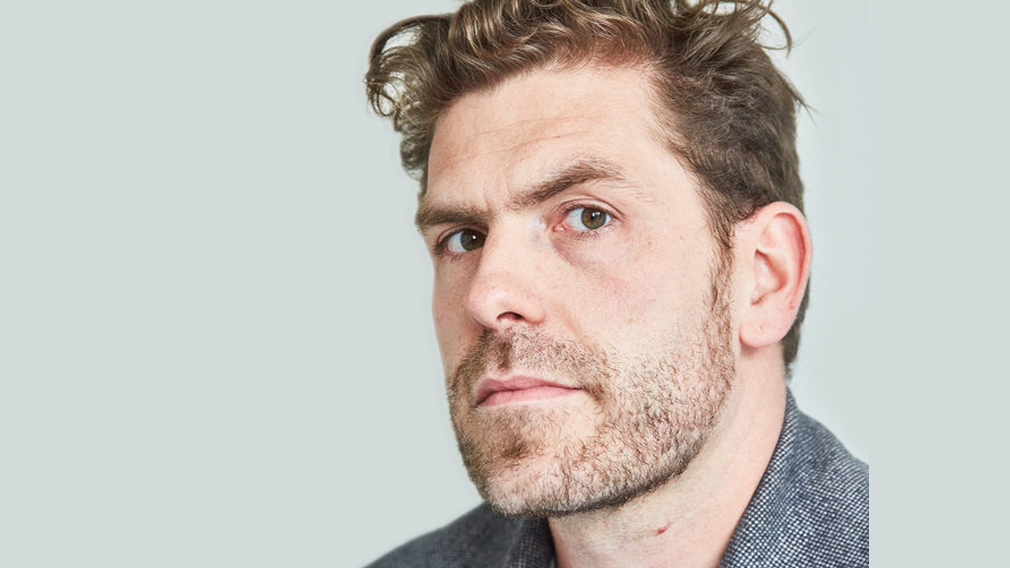 Composer Ted Hearne is not afraid to bring politics and social justice issues into his music. The Chicago-born artist attributes this interest to his many years singing in the Chicago Children’s Choir. Hearne describes the ensemble, which was founded in 1956 during the Civil Rights Movement, as an “activist organization” made up of students from diverse racial, economic backgrounds from across the city.

Much of Hearne’s compositional output is for chorus and carries strong political themes. His Pulitzer Prize-nominated piece Sound from the Bench incorporates texts from landmark Supreme Court cases; another of his choral works, Privilege, questions what it means to have a “contemporary privileged life (mine),” as Hearne says in his notes on the piece.

He returns to his roots with the Chicago Children’s Choir, who will present a program of his works entitled “Unsettlement Anthems” at the Museum of Contemporary Art on April 1 and 2. Under the direction of Josephine Lee, the choir will perform the Chicago premieres of two of Hearne’s works, including excerpts from Sounds from the Bench.

In a recent interview with WFMT, Hearne talked about his musical upbringing in the Chicago Children’s Choir, his path to composing, and his stance on the role of politics in art.

WFMT: How did you come to music in the first place?

Ted Hearne: My mom was an opera singer and a voice teacher. She founded Music of the Baroque in Chicago with Thomas Wilkman in the 1970s. So she wanted me to join the Chicago Children’s Choir, and I did when I was very young — I was five, I think.

WFMT: What was your experience growing up in the Chicago Children’s Choir?

Hearne: When I joined, I was so young. I loved the rhythm exercises; they had a rudimentary way of teaching us how to subdivide the beat in different ways. You know, the eighth note would be “ta-ta ta-ta,” sixteenth notes would be “terry-terry.” And I thought that was really fun.

But it was in middle school and high school that the Chicago Children’s Choir became a super meaningful experience for me, I think because the choir is such a reflection of the city. It was in the choir that I got to interact with kids who were from different backgrounds than me, who represented the true fabric of the city. It was valuable to get to make music with people who were different than you, to get to sing music from around the world.

And because the choir is such an immersive program, with many rehearsals and tours, it almost started to feel like an activist organization. The mission of integration and diversity, the principles that the choir was founded on in 1956, that mission was playing out in my life. For me, it became fused with the very concept of being a musician and artist. Creating a more just world was why I wanted to be an artist. I think I learned that from the Choir.

WFMT: How did you come to composing?

Hearne: I wanted to be a composer because I felt the amazing power of programming at a very young age. Before I could put any of this into words, I think I felt the huge power in the idea of an artistic performance where people were combining music from different places in the world. I thought that freedom for an audience to interpret all of these pieces of music together and to hear people’s points of view differently through music was amazing and inspiring. And I felt like there were things I wanted to say that I wasn’t seeing in other music. That also made me want to write my own music.

WFMT: What is it like to return to the Chicago Children’s Choir to work on this program?

Hearne: It’s amazing to come back to the choir because it’s such an incredibly important cultural organization in the city and in America. To me, it’s an honor that the choir is actually taking a stand because the music on this program is explicitly addressing wealth and inequality and gentrification in a way that I haven’t seen any youth choirs really do.

What’s been amazing in the process of rehearsing with the choir is that the kids are all so smart and they’re all so engaged. And not only are they engaged on this totally incredible musical level that I’m just shocked at, but they’ve also asked tons of great questions about why they’re singing this, what the words mean, what the role of this music is in our society, and what the role of an artist is in our society.

I was repeatedly shocked by how young people who are clear-minded and focused can completely cut through any obfuscation through language, or any softening buzzword-style talk that I’ve grown so accustomed to as a “grown-up.” I would walk into these rehearsals and have a 14-year-old kid say, “What do you mean by asking, ‘How is whiteness a performance?'” I’ve never encountered an adult who was clear and humble enough to ask that question. It made me realize that I have to be clearer on these ideas, too. Being able to have that conversation with the people who are singing my music, it should be like that in all professional situations.

WFMT: There is a prominent debate about whether an artist should comment on political issues. How do you feel about the stance that artists should keep their political views to themselves?

Hearne: I think it’s ridiculous. What artists do reflects the world they live in, whether consciously or not. Everything reflects the conditions that it came from, and then, when any piece of art is received, it takes on the conditions that it’s received in. So that sounds to me like a very commercialist line; this idea of staying in your lane. “Just make the product that you’re being paid to make.” Because if you offend someone then they’re not going to pay for that product anymore, or you’re going to lose your endorsement or something like that. That kind of thinking needs to be challenged with meaningful and provocative work. And thankfully, there are tons of artists making meaningful, provocative work out there in all genres of music. And across all mediums.

Chicago Children’s Choir performs Unsettlement Anthems at the Museum of Contemporary Art, Monday, April 1 and Tuesday, April 2, both at 7:30 pm. For ticketing and information, visit ccchoir.org. This interview has been lightly edited for length and clarity.