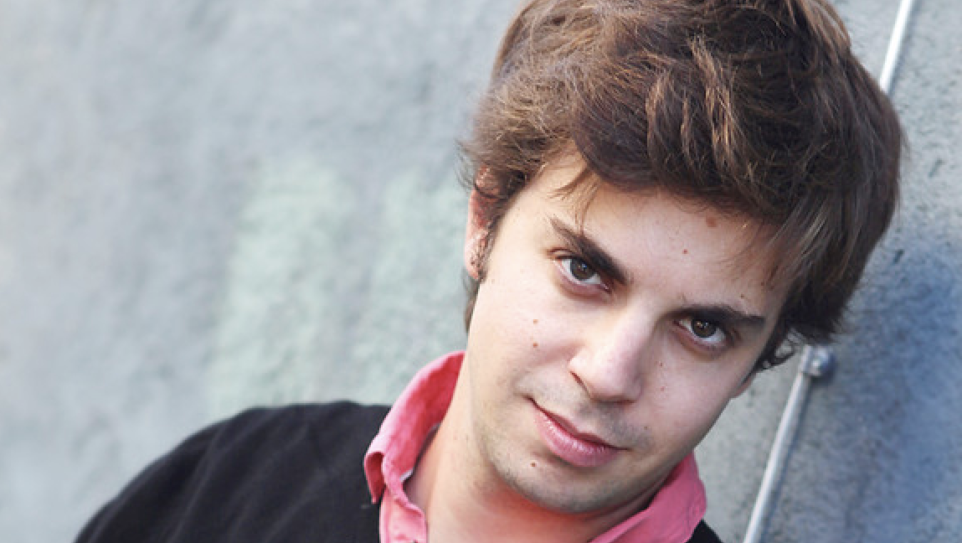 French violinist Ambroise Aubrun, Assistant Professor of Violin at UNLV, was described as a performer with a “marvelous ease, suppleness and beauty of sound” (A. Busser, Nice-Matin). Dr. Aubrun has performed extensively in Europe and North America and has premiered over 20 works. He is the music director of the Sonnets and Sonatas Lecture Concert series at the Getty Center in Los Angeles, a cultural series combining lectures, readings, musical performances and screenings that explores the relationship between music and literature.

Winner of the Charles Oulmont Prize of the Fondation de France and laureate of the Langart Foundation, Aubrun has appeared as a soloist in the Sibelius, Joachim, Weinberg and Bruch Concertos, and has performed alongside such artists as Jean-Yves Thibaudet, Kevin Fitz-Gerald, David Bismuth, Guillaume Sutre, Scott St. John, Martin Chalifour, Fred Sherry, Clive Greensmith, Carrie Dennis as well as the Borroméo and Ebène string quartets.

Prior to his appointment at UNLV, Aubrun held teaching positions at the UCLA Herb Alpert School of Music and UC Santa Barbara. He plays on a Matteo Goffriller violin from a generous loan from the Langart Foundation.

In 2018, Steven Vanhauwaert and Ambroise Aubrun released their first album together “Romance de Guerre” with the Hortus label, to critical acclaim.

Hailed by the Los Angeles Times for his ‘impressive clarity, sense of structure and monster technique’, Steven Vanhauwaert has garnered a wide array of accolades, amongst which the First Prize at the Los Angeles International Liszt Competition. Mr. Vanhauwaert has made his solo debut at Walt Disney Concert Hall in Los Angeles performing the world premiere of Fratello, by Magnus Lindberg. He appeared as a soloist at the National Center of the Performing Arts in Beijing, the Shanghai Oriental Arts Center, the Concertgebouw in Brugge, the Great Hall of the Budapest Liszt Conservatory, the Forbidden City Theatre in Beijing, Segerstrom Hall, and the National Philharmonic Hall in Kiev. He has appeared with orchestras including the Pacific Symphony, the Lviv Philharmonic, the Sofia Sinfonietta, the Flemish Symphony and the Kyiv Kamerata.

Recent albums such as Joseph Woelfl: The Paris Years (Sonarti Records) and Pensées Intimes (Hortus Records) were included in the Top 10 award on the Belgian radio and received a 5 diapasons rating in France. His albums Dispersion and Romance de Guerre (Hortus Records) received rave reviews in Germany, France, Holland, the UK and the US.

Mr. Vanhauwaert is a Steinway Artist. More info at www.stevenpiano.com.