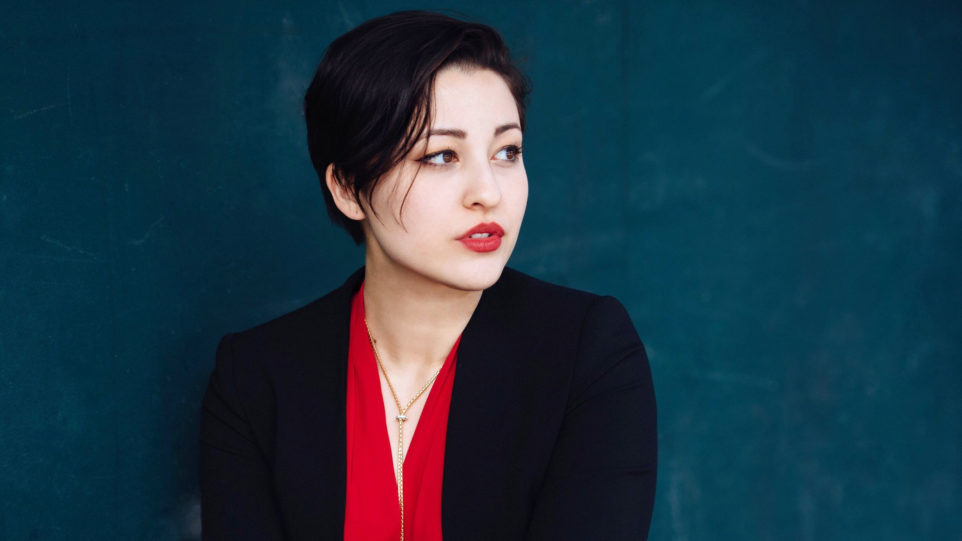 Originally from the San Francisco Bay Area, Japanese-American mezzo Kelsey Lauritano has been hailed by Opera News for her “wondrous power”, by the Boston Globe for her “rippling wine-dark voice with a low range of staggering strength, combined with a splendid stage presence” and by Opera Wire for her “outstanding acting skills” and “unwavering vocal technique.” Lauritano is currently a member of the Opernstudio at Oper Frankfurt. During the 2018/19 season, she sings the Third Dryad in Dvořák’s Rusalka, Enrichetta di Francia in a new production of Bellini’s I puritani, Eine Spanierin in a new production of Schreker’s Der Ferne Klang, and in Lehár’s Die Lustige Witwe/The Merry Widow as Olga, all with Oper Frankfurt. She will also join Boston Early Music Festival as Melissa in Francesca Caccini’s La liberazione di Ruggiero dall’isola d’Alcina. Throughout the season, Lauritano will tour in recital to London, New York City, Chicago, and Santa Barbara as the winner of the 2018 Marilyn Horne Song Competition in partnership with Music Academy of the West and the London Symphony Orchestra. The tour program will include a world premiere song cycle written by Ricky Ian Gordon. Lauritano recently completed her Master of Music degree at The Juilliard School in New York City, where she also received her Bachelor of Music degree and was granted the Peter Mennin Prize for outstanding achievement and leadership in music. She is a proud recipient of the Novick Career Advancement Grant from The Juilliard School.

Pianist Andrew Sun is currently a Resident Artist at Minnesota Opera. A sought-after collaborative pianist and vocal coach, Mr. Sun has previously served on the coaching staff at Manhattan School of Music, was an apprentice coach at the Merola Opera Program in 2017, and a fellow at the Music Academy of the West for three summers. Mr. Sun was recently named winner of the 2018 Marilyn Horne Song Competition along with mezzo-soprano Kelsey Lauritano. Their winning recital tour in spring 2019 features the world premiere of a song cycle by Ricky Ian Gordon and includes performances in New York, Chicago, Santa Barbara, and London. In 2016, Mr. Sun performed on Carnegie Hall’s Neighborhood Concerts series and participated in “The Song Continues,” a week-long series of masterclasses and recitals in Weill Recital Hall and Zankel Hall. In 2012, he performed the radio broadcast premiere of the then newly-discovered Albumblatt by Johannes Brahms, for which he is cited in the Bärenreiter edition. Other performance highlights include vocal masterclasses with Sir Thomas Allen, Stephanie Blythe, Thomas Hampson, and Jane Eaglen. Mr. Sun holds bachelor’s and master’s degrees from New York University and a Professional Studies Certificate from Manhattan School of Music. His teachers include Warren Jones, Eduardus Halim, and Grant Wenaus.

Artist biographies and photograph courtesy of the International Music Foundation.