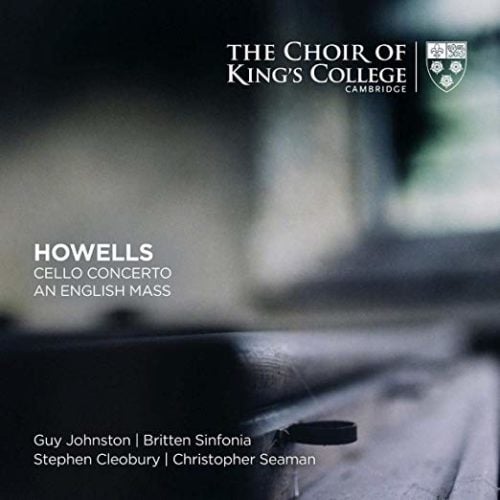 A double-disc set features orchestral, choral, and organ music by one of the most distinguished English composers of the 20th century. Herbert Howells’ An English Mass is presented by the Choir of King’s College, Cambridge, with the Britten Sinfonia, recorded in the sublime acoustic of King’s College Chapel. Alongside the work is the magnificent orchestrated Te Deum from the Collegium Regale service, and a premiere recording of the Magnificat from the same service, orchestrated by John Rutter. For both these recordings, the Choir and orchestra are joined additionally by the King’s College mixed voice choir, King’s Voices. Howells’ Cello Concerto is performed by former King’s chorister Guy Johnston, one of the U.K.’s best solo cellists, with the Britten Sinfonia directed by Christopher Seaman.