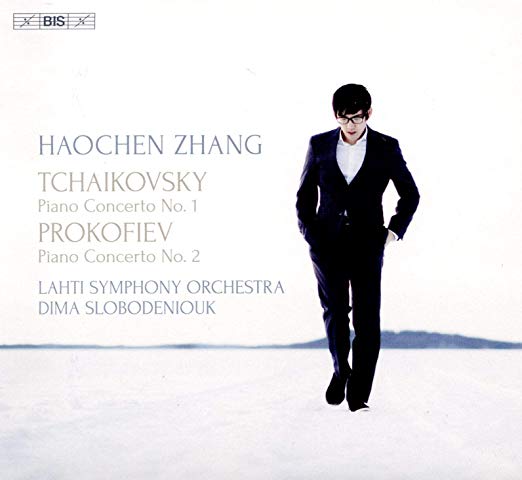 Since winning the gold medal at the 2009 Van Cliburn International Piano Competition, Haochen Zhang has captivated audiences in the United States, Europe, and Asia with a unique combination of deep musical sensitivity, fearless imagination, and spectacular virtuosity. Zhang made his BBC Proms debut in 2014 to rave reviews. In past seasons, he has performed with the London Symphony Orchestra, Lucerne Festival Orchestra, Munich Philharmonic, Frankfurt Radio Orchestra, and others. On this new release, he performs piano concertos by Tchaikovsky and Prokofiev alongside the prestigious Lahti Symphony Orchestra under the direction of Dima Slobodeniouk.