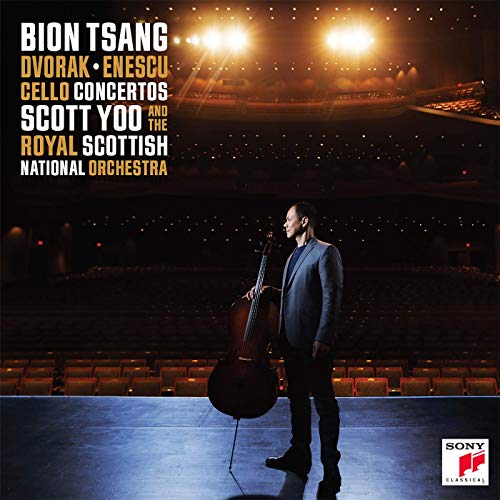 A new recording from Sony Classical pairs two concertos for cello and orchestra in the hands of award-winning cellist Bion Tsang with conductor Scott Yoo and the Royal Scottish National Orchestra. Tsang gave the U.S. premiere of George Enescu’s Symphonie Concertante in 2000.  He immediately fell in love with the work, finding in it many similarities to his long-time favorite concerto, the much-celebrated work by Dvořák.  “Each of these concertos takes the listener on an epic journey,” says Tsang. “They are both gloriously lush and dramatic in their orchestration, and the cello sings above this backdrop with intense emotion. In both pieces, I feel there are distinct depictions of longing, searching, struggle, and finally triumph.”