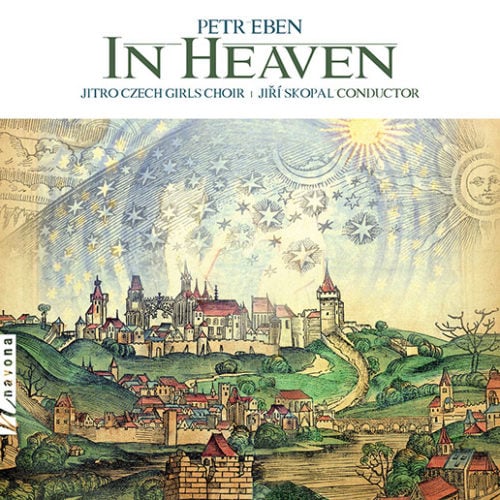 The Jitro Czech Girls Choir, under the leadership of conductor and music director Jiří Skopal, presents yet another vivid exploration of the depths of Czech music on their fourth release with Navona, In Heaven. The album is devoted to works by Petr Eben (1929-2007), an icon of 20th-century Czech music. Despite his creative diversity in many different forms, Eben devoted himself to two particular areas of composition – choral and organ music. The Jitro Choir’s recording features works based on medieval texts and folk song.