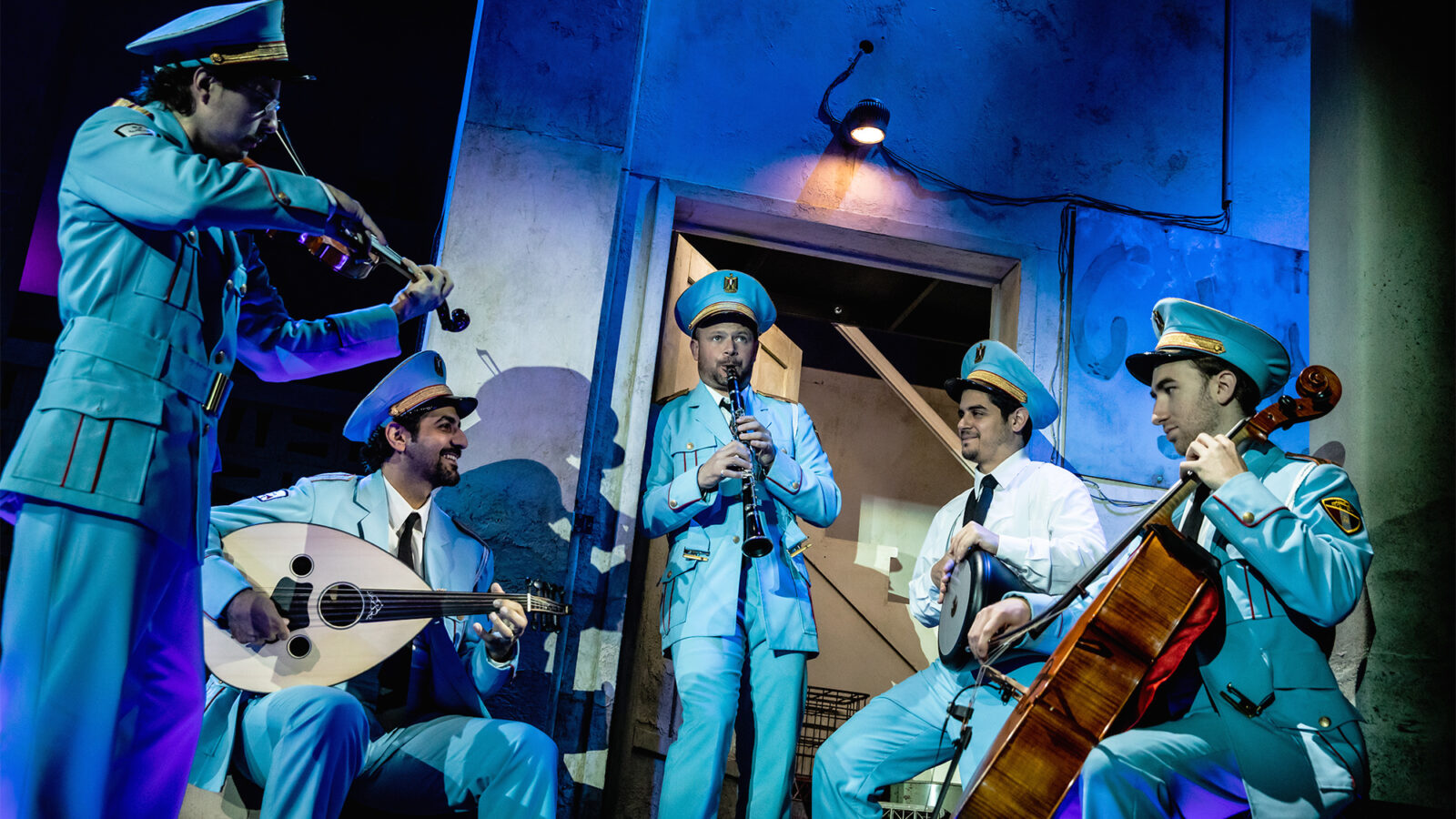 Members of the titular band in The Band's Visit (Photo: Matthew Murphy)

Broadway musicals and Western classical music have long been intertwined. From the expansive melodies of Richard Rodgers to the sharp lyrics of Stephen Sondheim, the musical theater canon is strongly rooted in the classical tradition. The Band’s Visit, winner of 10 Tony Awards including Best Musical and a Grammy Award for Best Musical Theater Album, embraces these forms and then goes beyond, celebrating the sonic treasures of classical Arabic music. The production makes all music its central character.

Presented by Broadway in Chicago and now playing through September 15 at the Cadillac Palace Theatre in the Loop, The Band’s Visit, based on Eran Kolirin’s 2007 film, begins with a mistake. An Egyptian police orchestra is on tour in Israel, and rather than acquiring bus tickets to Petah Tikva, one of the largest cities in the country, they receive tickets to the tiny, fictional desert town of Bet Hatikva.

The story takes place over the course of one evening, and while “it could be about two sides that don’t get along,” says Chilina Kennedy, who portrays the enigmatic café owner in Bet Hatikva, “the show is not about conflict. It’s about human connection.”

With the presence of onstage musicians throughout much of the performance, the show drives the theme that music itself can connect us. For instance, throughout the show, the musicians highlight a staple of classical Arabic music: improvisation. A laundry list of technical considerations (i.e. run time and lighting cues) has deterred composers from incorporating improvisation into Broadway musicals but not David Yazbek.

“I’m an improvisational musician; that’s where I get the most joy,” Yazbek says. “When I wrote the overture for my first show [The Full Monty] – which has nothing melodically to do with the rest of the show – I built in a bunch of solos. I realized if I were a musician in that pit, I’d love to have the opportunity to do something different every night. And in this show, it’s something that you never get to see in musical theater: musicians playing the moment together as a unit.”

“We stay within the world of the show but have the freedom to express ourselves,” adds music director Rick Bertone. In addition to extended pieces performed by the onstage musicians, Bertone also relishes the silences that are peppered throughout the work. “To be on Broadway with stillness is uncomfortable! [We] trust the stillness and know when just the music can carry a scene change.”

Cellist George Crotty enjoys the challenge of not only playing music but also acting. “This is new for a lot of us, whether stylistically or being on stage in costume. With a classical Western education, there would be actors or dancers down the hall, but it felt like we were discouraged from looking in to what they were doing or learning … To have a chance to make a Gesamtkunstwerk [total art work] and being more evocative is refreshing to a lot of the musicians in this show.” 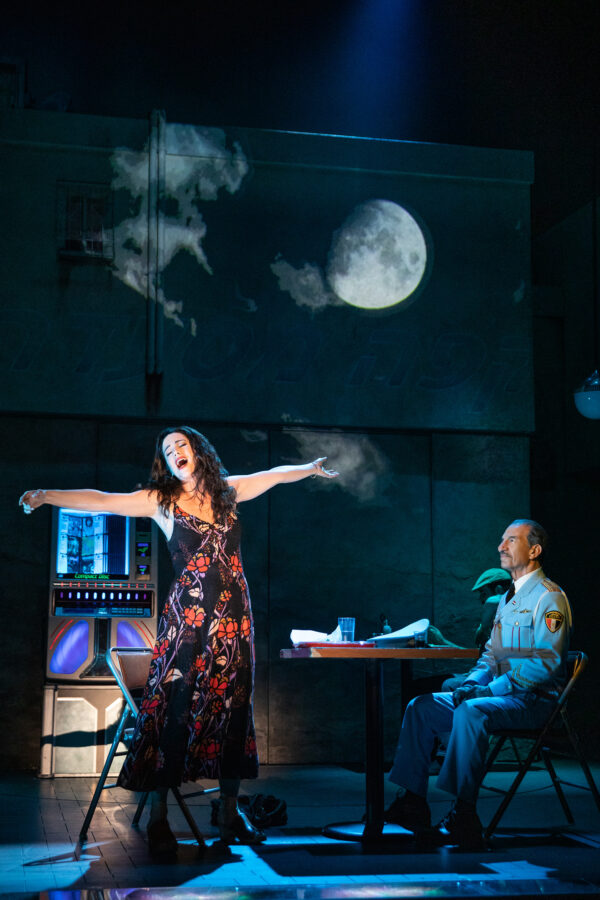 David Yazbek’s eclectic taste has allowed him to take on many musical and artistic influences in his works. He grew up listening to classical Arabic music and everything in between. “I was just in Cuba and was talking with members of the Buena Vista Social Club. You can tell by the way that [guitarist] Eliades Ochoa plays music that he listens to everything. It’s all within the idiom, but my favorite instrumentalists are people who clearly listen to everything.”

While Yazbek says that it was not his intent to educate American audiences about classical Arabic music, he equates the experience of listening to new music to eating new food. “You may have all kinds of preconceptions and misconceptions about another [group] – but when you eat delicious food with interesting flavors, you’re there.”

Just as food connects people, so too does the sweeping score of The Band’s Visit. Yazbek continues, “We end the show with a ballad, ‘Answer Me,’ that connects everyone in the theater – and in the case of Chicago, there are 2,300 people in that audience! It is a song to God, as well as a song from a longing lover to his girlfriend. I look for that in almost everything I do, and I love it when people get it and want to talk about it.”

The music in The Band’s Visit provides a lesson that the cast and crew hope will reach beyond the walls of the theater. Quoting director David Cromer, Chilina Kennedy states, “He always says, ‘You don’t have to be nice to be kind.’ We all have the potential to be kind, no matter what our personalities are … and allowing another person to be in peace. I hope that people are inspired to find their own version of kindness in their own lives.”

The Band’s Visit is playing now through Sunday, September 15 at the Cadillac Palace Theatre in downtown Chicago. For ticketing and information, visit broadwayinchicago.com.

These interviews have been lightly edited for clarity.

Music helping Tony Bennett battle Alzheimer's disease
Strike Up the Wind Band: Celebrating 50 Years of the Northwestern University Symphonic Wind Ensemble
Benny Kim and Grace Fong
Decade in Review: The 2010s and Classical Music
11 New Chicago Ensembles You Should Know
In the Age of the Visual Album, What Can Opera Learn from Beyoncé?