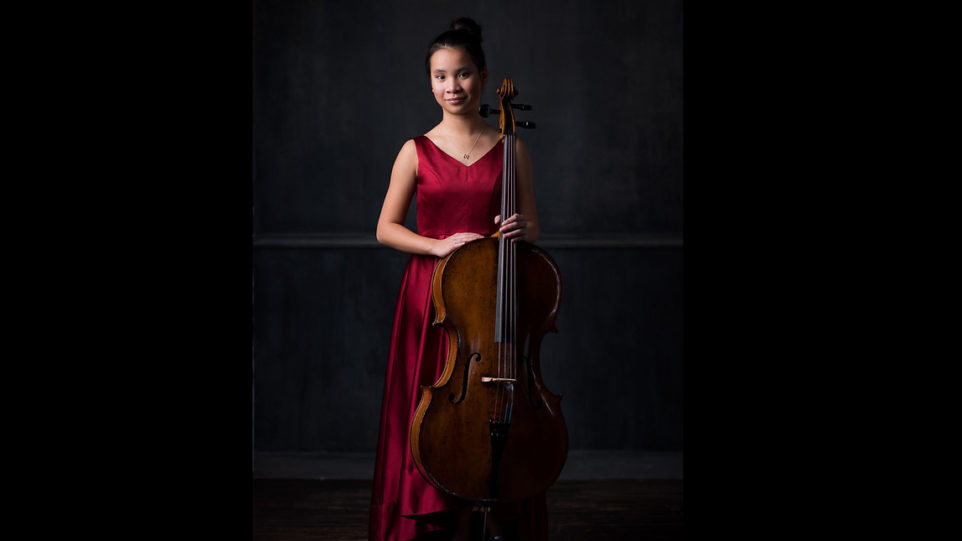 On Saturday’s live broadcast, we feature 15-year-old cellist Mia Wimbiscus, a sophomore at New Trier High School in Winnetka. Mia is a 4th year Merit Scholarship Fellow at the Music Institute of Chicago Academy, a training center for gifted pre-college musicians. She began cello studies at age five with her mother. Since the age of nine, she has been a student of Hans Jensen.

Mia enjoys bringing music to the community with her mother and sister in a cello trio. When not playing music, she enjoys reading, baking, taking dance classes, and spending time with her sister and friends.