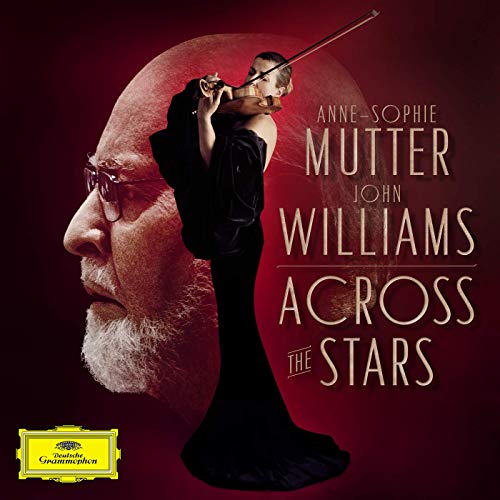 Legendary film composer John Williams conducts a new album of many of his beloved movie themes in stunning new adaptations written especially for his violinist friend and collaborator Anne-Sophie Mutter. Recorded in Hollywood, “Across the Stars” features familiar themes from blockbuster films including “Star Wars” and “Harry Potter,” as never heard before. “There is only one John Williams,” says Mutter. “What he writes is just extraordinary. Every time I go to one of his films and there is a violin or cello, I think, I would like to play that! And now I have his wonderful translations of all these iconic themes.”