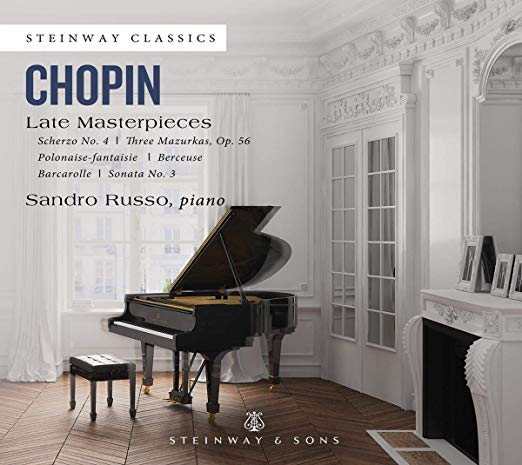 Sandro Russo delves into the world of Chopin during his later years. “Chopin – Late Masterpieces” features some of his undisputed treasures from that period. Though Chopin’s life tragically came to an end at just 39, he remained productive during his final years, and the late-period compositions featured on this album proved inspirational to many composers that came after him, including Debussy, Ravel, and Scriabin.