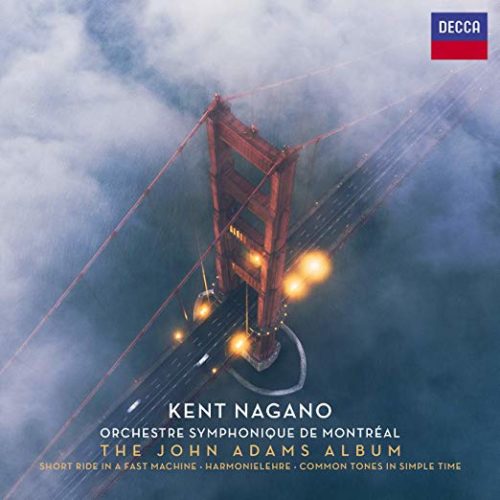 “The John Adams Album” continues the award-winning series of recordings from the Montreal Symphony Orchestra and Kent Nagano on Decca, released in time for Nagano’s final, triumphant season with the orchestra. The recording contains the composer’s key orchestral works, including Common Tones in Simple Time and Harmonielehre, conducted by one of his greatest champions.