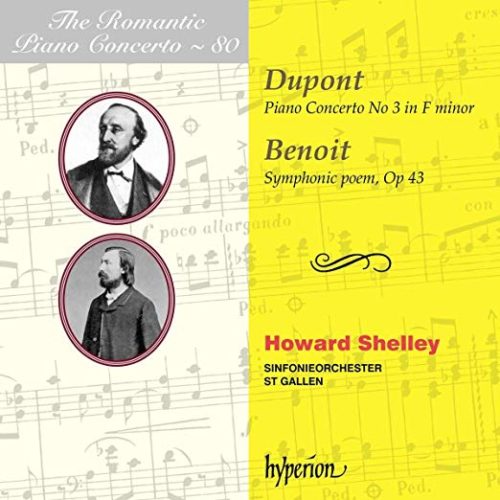 The Hyperion label continues its ongoing project to document little-known works for piano and orchestra of the 19th century. The figures of Auguste Dupont and Peter Benoit may be unfamiliar outside their native Belgium, yet the two did much to generate a new Belgian national consciousness. Dupont wrote primarily for the piano, including three concertos. Benoit’s symphonic poem is a piano concerto in all but name, ending with a spirited “fantastical hunt.”