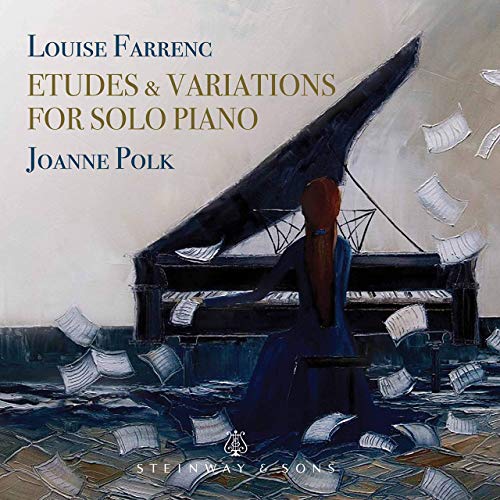 Pianist Joanne Polk highlights the works of the prolific composer Louise Farrenc, one of a handful of 19th-century women who enjoyed success during their lifetime. Farrenc rose to prominence in the male-dominated world of music by virtue of her talent and her family’s encouragement and support. Farrenc became the first female professor of piano at the Paris Conservatory. Throughout her distinguished career she composed a large amount of music in many genres, from chamber works to symphonies, all of which were published and performed regularly in Paris and beyond.