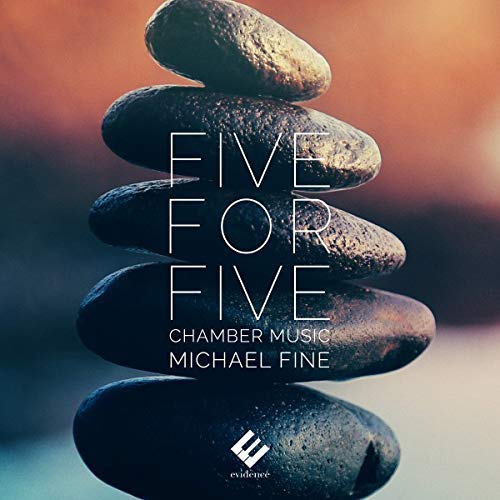 Evidence Classics releases their second album of Michael Fine’s music: “Five for Five: Quintets for Winds and String Quartet.” The recording was made following performances at Festival Mozaic in San Luis Obispo, California, with musicians from leading musical organizations, including the Metropolitan Opera, Cleveland Orchestra, Minnesota Orchestra, and Atlanta Symphony. Fine says, “As a clarinet player, I feel a particular affinity for my colleagues in the woodwind section. Each of these quintets attempts to capture not only the character of the instruments but also the musicians for whom each piece was written.”