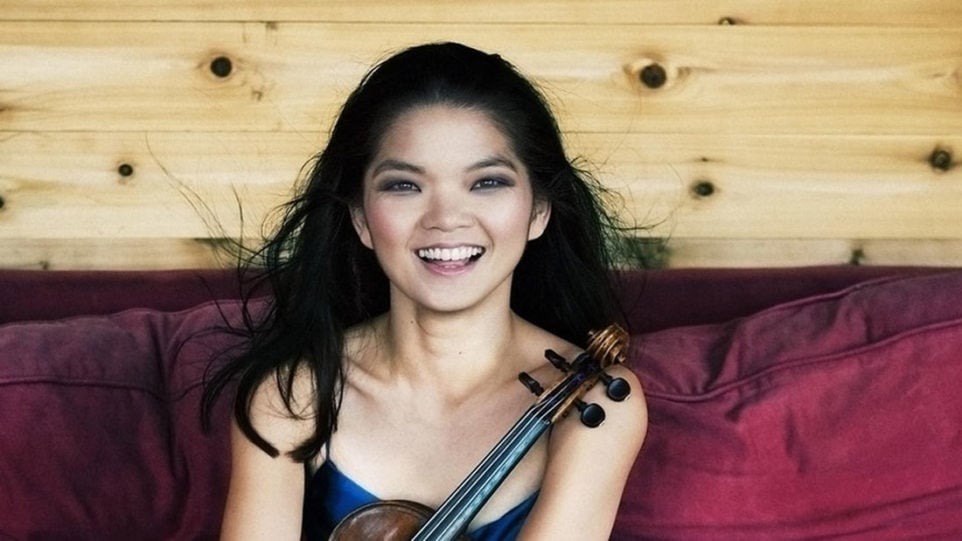 This is a rebroadcast from May 7, 2018. The program features Mozart, Kodály, and Tchaikovsky.

Violinist Janet Sung enjoys an acclaimed international career as a virtuoso soloist, recognized for her intense, exhilarating performances, and by her signature lustrous, burnished tone.  Hailed by The Washington Post for her “riveting” playing and “exquisite tone”, her playing possesses the rare blend of fierce intelligence, subtlety and brilliant virtuosity.

Since her orchestral debut with the Pittsburgh Symphony at age 9, she has performed with leading orchestras worldwide.  Recent seasons has seen her as soloist with the Buffalo Philharmonic Orchestra, Göttinger Symphonie Orchester, Pusan Philharmonic (South Korea), Omsk Philharmonic Orchestra, Britten Sinfonia, Cairo Symphony Orchestra (Egypt), the Aspen Festival Chamber Symphony and the Pro Arte Chamber Orchestra of Boston, as well as the orchestras of Boise, Delaware, Dubuque, Fargo-Moorhead, Hartford, Las Cruces, Tacoma and Wyoming, amongst others across the U.S.

An artist of remarkable versatility, Ms. Sung is celebrated for her compelling performances of traditional works from Bach to Berg, and is passionate about promoting works of the 20th and 21st centuries. In recent years, she has performed repertoire as diverse as Henri Dutilleux’s Violin Concerto, L’Arbes des Songes, and Astor Piazzolla’s Cuatro Estaciones Porteñas.  Ms. Sung has also presented the world premieres of Kenneth Fuchs’ American Rhapsody for Violin and Orchestra, Augusta Read Thomas’ Double Helix, which was recently released on Nimbus Records, and Kenneth Hesketh’s Inscription/Transformation for Violin and Orchestra in Germany. A new Violin Concerto No. 4 by Augusta Read Thomas has been commissioned for her.

Her solo performances have frequently been aired on radio and television, nationally and internationally, including multiple broadcasts of her performance of Korngold’s Violin Concerto on NPR’s “Performance Today,” and regular performances on Chicago’s Classical WFMT.  She is featured on recordings of Vivaldi’s The Four Seasons and Bach’s Brandenburg Concerto No. 1, the latter with members of the Gewandhaus Orchestra recorded at the Thomaskirche in Leipzig, Germany.  Her latest recording projects includes a solo CD, Edge of Youth, for Sono Luminus to be released in Spring 2019 featuring works by Britten, Enescu, and three dynamic living composers, Missy Mazzoli, Daniel Visconti, and Gabriel Prokofiev, the complete works by J.S. Bach for Violin and Keyboard with pianist and Bach specialist, Sean Duggan, and a concerto CD for SOMM Recordings (UK) to be released in Fall 2019 with the Britten Sinfonia, featuring Kenneth Hesketh’s Inscription/Transformationfor Violin and Orchestra (premiere), Vaughan Williams’ Violin Concerto in d, and Ravel’s Tzigane.

Janet Sung was chosen by Leonard Slatkin as the recipient of the prestigious Passamaneck Award.  She has also toured throughout the United States with fiddler Mark O’Connor’s American String Celebration, showcased in performances of Vivaldi’s The Four Seasons, Sarasate’s Zigeunerweisen, and original compositions by O’Connor.

Ms. Sung studied with legendary pedagogues Josef Gingold, with whom she started studying at age nine, and Dorothy Delay. She graduated from Harvard University with a double degree in anthropology and music, and The Juilliard School.  She was later invited as the Clifton Visiting Artist at Harvard University and, as a highly sought-after artist-teacher, regularly conducts master classes at conservatories throughout the U.S. and abroad. She is currently Head of Strings and Violin Professor at the DePaul University School of Music.