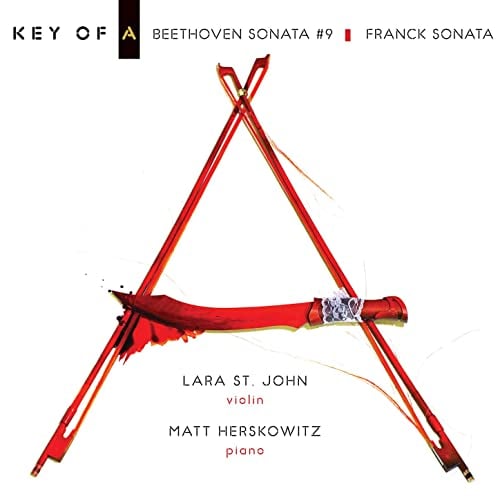 The new album from violinist Lara St. John and pianist Matt Herskowitz pairs two works in the key of A major: Beethoven’s Sonata No. 9, Kreutzer, and César Franck’s Sonata. Beethoven’s work was written during a period of tumultuous success and the tragedy of his impending deafness. Franck’s sonata, considered one of the greatest from the French Romantic period, is in four movements that represent the four stages of human life: birth, youthful passion, tragedy, and joyous acceptance.