The Escher String Quartet has received acclaim for its expressive, nuanced performances that combine unusual textural clarity with a rich, blended sound. At the 2019 North Shore Chamber Music Festival in Northbrook, the quartet was joined by clarinetist Ilya Shterenberg for Anton Reicha’s Clarinet Quintet.

Hailing from Philadelphia, Dynasty Battles is a visionary pianist with a unique approach to his blend of music. Battles has received a variety of accolades on regional and national levels. This is a rebroadcast of his performance at the Chicago Cultural Center in 2018.

Music of Beethoven and Scriabin 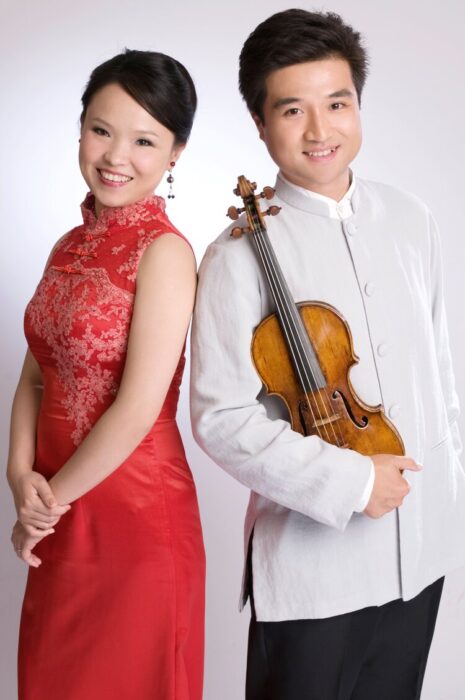 Thursday, May 7 — Yang and Oliva

Yang and Olivia (violinist Yang Liu and pianist I-Hsuan Tsai) have been the featured recitalists for many concert associations, performing in over 30 cities across the United States. They have appeared together as a duo internationally and in the U.S., highlighted by performances at major festivals and venues.

Friday, May 8 – Impromptu Encore: The Knights

Based in New York, The Knights are a collective of adventurous musicians dedicated to transforming the orchestral experience and eliminating barriers between audiences and music. They visited WFMT’s Levin Studio for a lively performance in 2017.

Music of Mozart, Dvořák, and Jacobsen