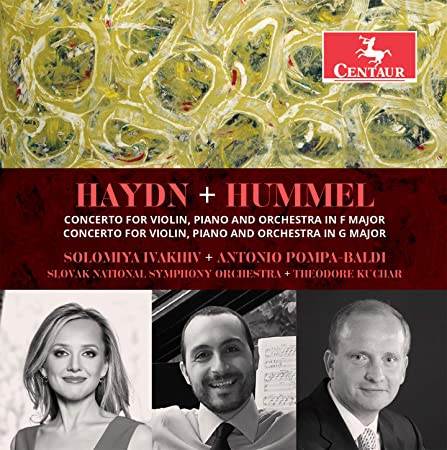 Violinist Solomiya Ivakhiv teams up once again with pianist Antonio Pompa-Baldi and the Slovak National Symphony Orchestra, Theodore Kuchar conducting, for an album of double concertos by Haydn and Hummel. The modern view of the concerto is dominated by the great 19th and 20th-century staples that showcase a single soloist, but from the invention of the concerto in the late 17th century until some way into the 1800s, composers frequently wrote for different combinations of multiple soloists. The two works on this disc remind us of the fruitful possibilities afforded by the double concerto.