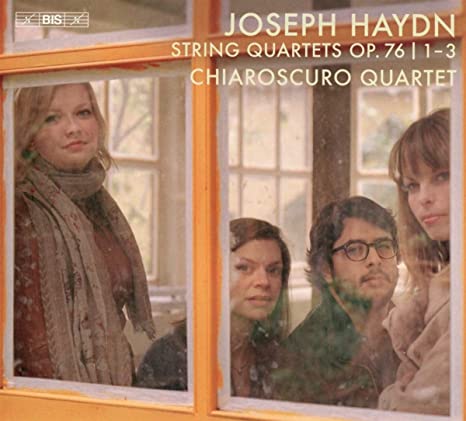 The Chiaroscuro Quartet made their first appearance on BIS with acclaimed recordings of Haydn’s Sun Quartets, Op. 20, described in The Strad as “period-instrument performances of the utmost subtlety and refinement.” The four musicians now return to Haydn with his last complete set of quartets, begun in 1796 when he was 64 years old. The six quartets of Op. 76 form one of the most renowned of Haydn’s sets of quartets and carry the stamp of their maker: no other set of 18th-century string quartets is so diverse, or so unconcerned with the norms of the time. On the present disc, the first of two, we hear the first three quartets, including the famous Emperor (No. 3) with a set of variations on the Kaiserlied which Haydn had recently composed in honor of the Austrian Emperor Franz II.