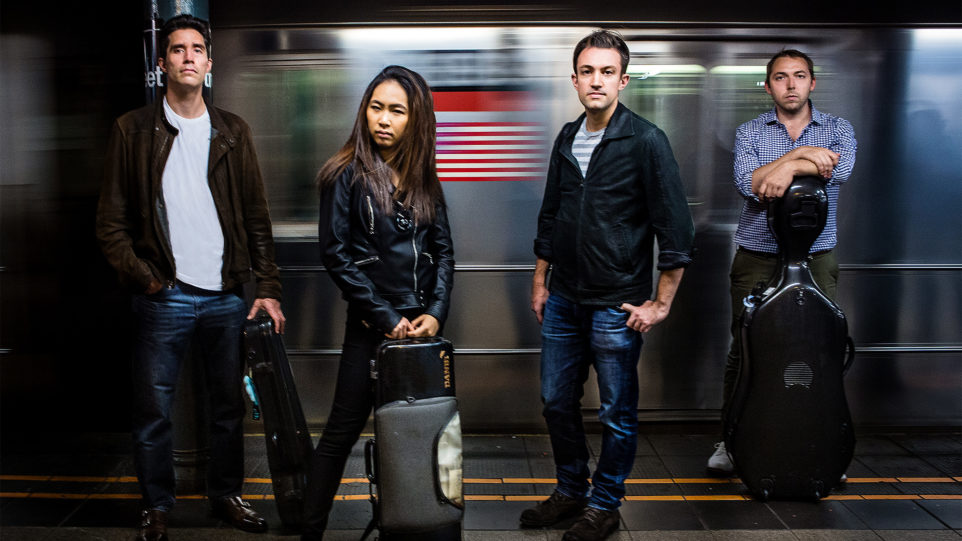 The Donald Sinta Quartet, Fischoff Competition Gold Medal recipients, appeared in 2018 on the Dame Myra Hess Series at the Chicago Cultural Center. They brought with them a variety of music, including an arrangement of a Beethoven string quartet by Dan Graser as well as works written specifically for saxophone quartet.

The North Shore Chamber Music Festival was founded in 2010 by violinist Vadim Gluzman and pianist Angela Yoffe in a quest to provide Chicago’s North Shore with musical experiences of the same caliber and quality as those found in the great halls of the world. The Escher String Quartet performed on the opening night of the 2019 festival at Village Presbyterian Church in Northbrook.

We asked harpist Yolanda Kondonassis what she loves best about her instrumental collaboration with guitarist Jason Vieaux. She said it was how the blend and contrast “changes constantly depending on the register, the articulation, and the dynamics.” The duo performed live on WFMT’s Impromptu in 2016 prior to their recital at the Ravinia Festival.