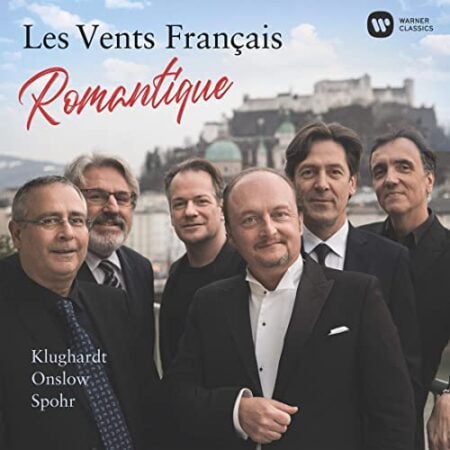 We tend not to think of the 19th century as a golden age for wind instruments. While the individual instruments themselves enjoyed varying fortunes, their standing was much less significant than that of string instruments or the piano. However, the situation improved for all of them with the onset of Romanticism and a remarkable new repertoire for ensembles of differing types. Despite not having widely used them as true soloists, Romantic composers nevertheless turned to wind instruments more frequently than we might think, delighting in their expressive colors which were found to be ideal for depicting a whole range of emotions in some of the most refined works of chamber music. This recording by the ensemble Les Vents Français presents striking examples from this repertoire, with works by August Klughardt, George Onslow, and Ludwig Spohr.