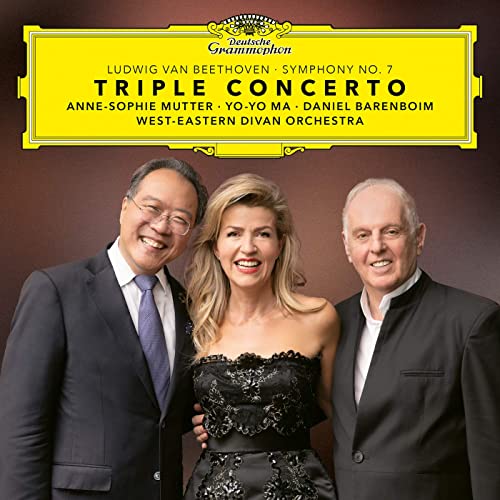 Violinist Anne-Sophie Mutter, cellist Yo-Yo Ma, and pianist Daniel Barenboim, three of today’s most renowned classical artists and Beethoven interpreters, celebrate the 250th anniversary of Beethoven’s birth with a recording of the Triple Concerto coupled with the Seventh Symphony. The recordings were made at concerts held in Buenos Aires and Berlin – in July and October 2019 respectively – to mark the West-Eastern Divan Orchestra’s 20th birthday. In a third anniversary, it is 40 years since the appearance of the legendary Triple Concerto recording made by Mutter and Ma under Herbert von Karajan in 1980.