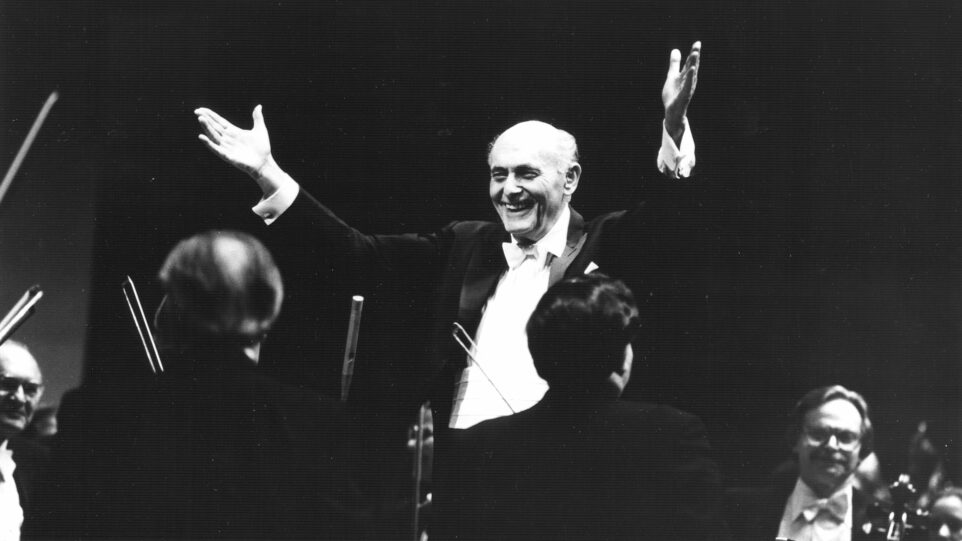 Sir Georg Solti, eighth music director of the Chicago Symphony Orchestra from 1969 until 1991, begins this program with the overture to Mendelssohn’s A Midsummer Night’s Dream. Mozart’s C minor mass with the Chicago Symphony Chorus (and Anne Sofie von Otter in her U.S. debut) follows, along with Strauss’s Death and Transfiguration. Anticipating his 1983 debut at the Bayreuth Festival, Solti led the Orchestra in Wagner’s Das Rheingold, and the program concludes with the opera’s finale.