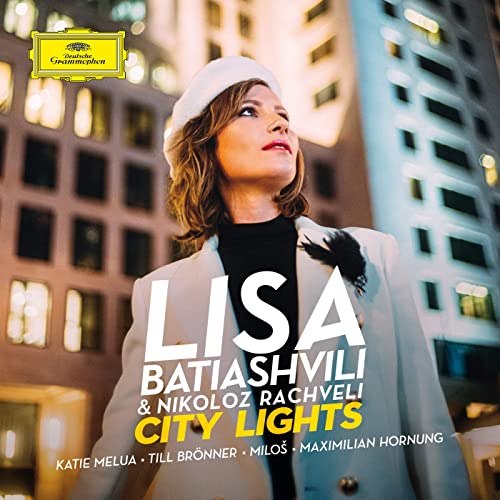 In her latest project, City Lights, violinist Lisa Batiashvili brings together memories of important places in her life with some of the world’s most beautiful music. This musical journey from her native Georgia to Paris, Berlin, Buenos Aires, and Hollywood features collaborations with artists such as Miloš, Katie Melua, and Till Brönner. City Lights brings together Hollywood legend Charlie Chaplin’s own compositions with classics from Piazzolla, J.S. Bach, and the late Michel Legrand – all in new arrangements by Nikoloz Rachveli – as well as a new piece by Katie Melua about the magic of London.