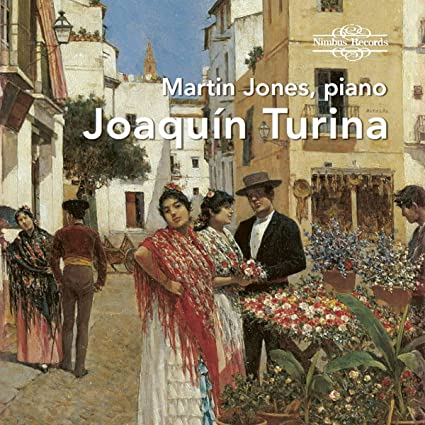 Joaquín Turina’s principal works are conceived for large forces and on a broad canvas, but he turned to the piano for the creation of suites of evocative miniatures throughout his life. Martin Jones has been one of Britain’s most highly-regarded pianists since first coming to international attention in 1968 when he received the Dame Myra Hess Award. He is a prolific recording artist and his many major projects include the complete solo piano works of Mendelssohn, Brahms, Debussy, Grainger, and Stravinsky. This release is a compilation of material that was originally available in 1999 and previously unreleased recordings.