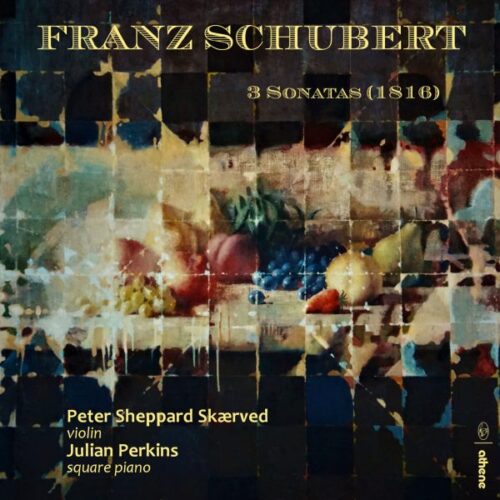 Franz Schubert had two approaches to the violin – one a particularly virtuosic and fiendish style which evolved from his earliest orchestral works through to his late G major String Quartet. The other is far more subtle, using a narrower range of notes and extremes, and here in the 1816 Sonatas, revealed in a perfect balance between the two instruments in a technically and musically concise form. Violinist Peter Sheppard Skærved is internationally recognized as a leading interpreter of music new and old. On this recording, he plays an instrument made by Martin Leopold Widhalm II in 1782 with a bow by François Tourte around 1775. Julian Perkins is one of Britain’s most accomplished early-music specialists. He plays a square piano of 1812 by the Clementi family.