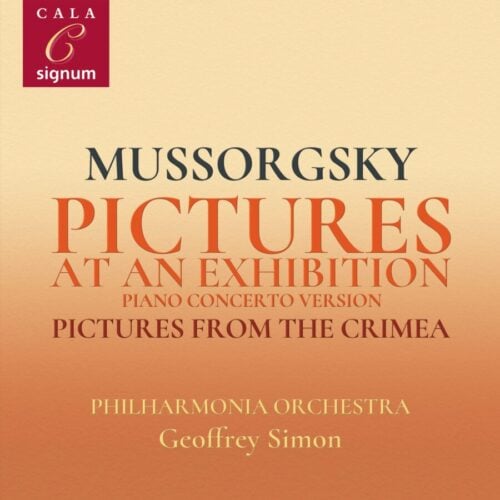 Written after Mussorgsky had met Russian artist and designer Viktor Hartmann, Pictures at an Exhibition is by far the composer’s most played work. A piano concerto version is performed here by Tamas Ungar in an arrangement by Lawrence Leonard. The album features other orchestral works by Mussorgsky, including Pictures from the Crimea, Night on Bald Mountain, and music from the opera Khovanshchina. Geoffrey Simon leads the Philharmonia Orchestra in these reissued recordings from the 1980s and 1990s.