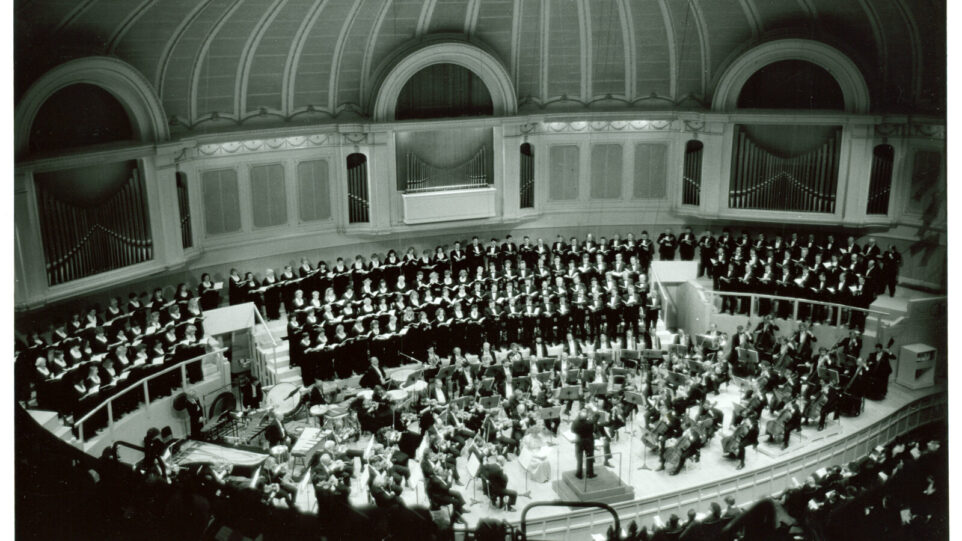 The Chicago Symphony Chorus—under the direction of Margaret Hillis and Duain Wolfe—is the focus in a program that includes multiple works from the classical era. The program opens with former music director Rafael Kubelík leading Mozart’s festive Coronation Mass and is followed by performances led by ninth music director Daniel Barenboim including two works by Schubert, Wolf’s choral arrangement of his dramatic song Der Feuerreiter, and Beethoven’s oratorio Christ on the Mount of Olives.