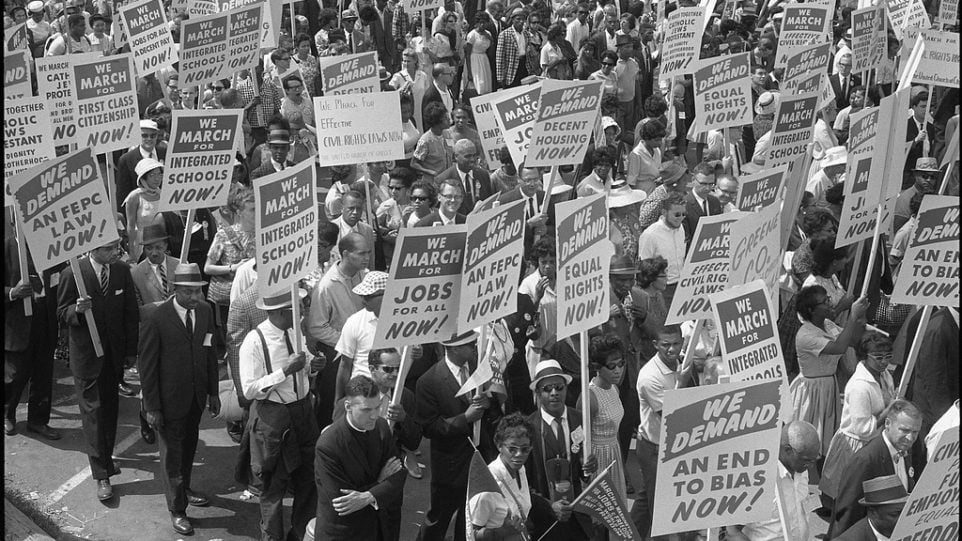 Demonstrators during the March on Washington (Photo by Trikosko, Marion S via Wikimedia)

This episode of the Best of Studs Terkel is devoted to the second and final part of the award-winning documentary,  This Train.  Studs wove this soundscape commemoration of the 1963 March on Washington from voices he recorded on a train bound for Washington, and at the event itself.