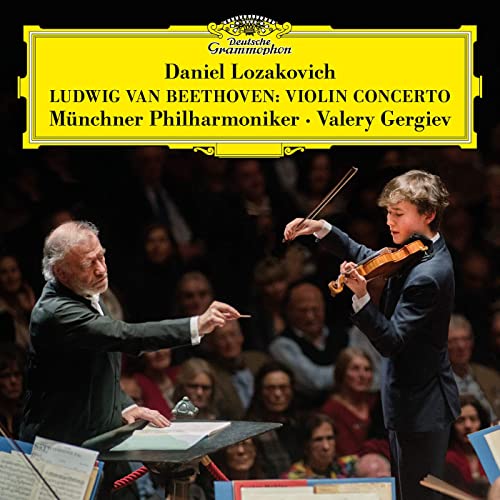 “Immensely gifted emerging artist” (The New York Times) Daniel Lozakovich has been dreaming about recording the Beethoven Violin Concerto since he was eight. He first performed it on stage when he was 13, and at 15 was invited by Valery Gergiev to perform the concerto with him in Moscow. A few short years later, he has reunited with his mentor Gergiev to record the Beethoven with the Munich Philharmonic for Deutsche Grammophon.