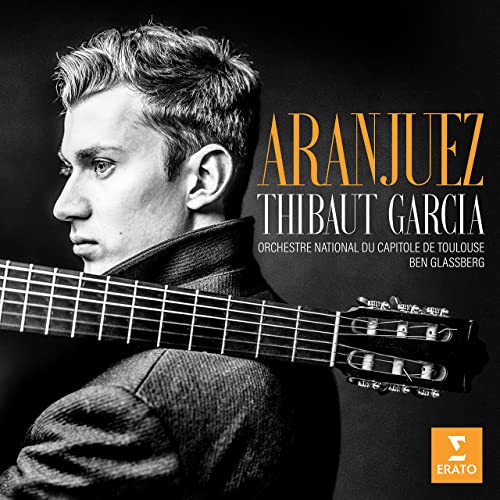 In combining Joaquìn Rodrigo’s Concierto de Aranjuez with a work by an adoptive Frenchman, Alexandre Tansman, guitarist Thibaut Garcia is making something of a personal statement: he is French, but his heritage is Spanish. “This album pretty much sums me up,” he says, “and I think it is vital if you want to make the best possible case for a piece of music, to feel a deep connection with the culture it represents.”

In their style and spirit, both works evoke historical eras. Rodrigo’s celebrated guitar concerto is named after a royal palace built in the 16th century. Tansman’s Musique de cour (Court Music), dates from 1960, but takes inspiration from the French lutenists of the Baroque era. Garcia performs with the Toulouse Capitole Orchestra and the young British conductor Ben Glassberg. Completing the program is a selection of solo works by Regino Sáinz de la Maza, the guitarist who gave the premiere of Concierto de Aranjuez in 1940.