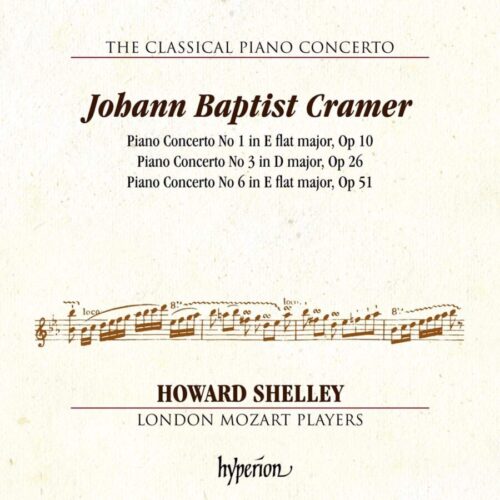 Born in Mannheim, Johann Baptist Cramer (1771–1858) was a child prodigy who grew up in a ‘hot-house’ environment of musicians which included his father, a celebrated violinist. Cramer’s family moved to London in the 1770s to join an already substantial population of immigrant musicians. A prolific composer for the piano, Cramer was much admired by Beethoven, Moscheles,  and Schumann. Cramer’s eight concertos for the piano were written for him to show off his particular skills in modern piano techniques. Howard Shelley here revisits the composer, delivering persuasive accounts of three further concertos with the London Mozart Players.