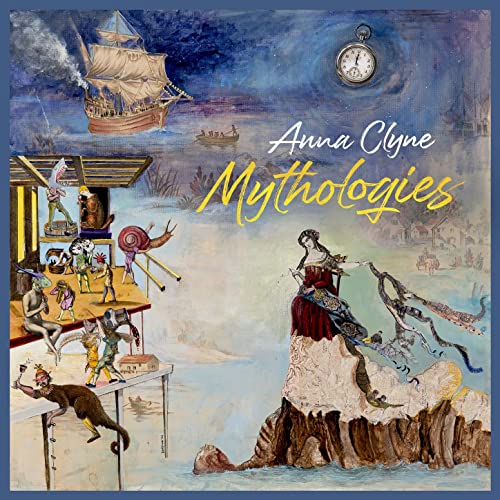 Anna Clyne’s enormous palette of colors and special effects coalesce into an aural three-dimensional experience of striking originality. Equally, there’s a comforting familiarity to her music, as she draws inspiration from historic styles that she transforms into a new musical dialect. Clyne’s background in electro-acoustic music and her fascination with a variety of multi-media – including poetry, visual art, and videography – combine to create rich and exhilarating textures of popular appeal. The five works on Anna Clyne: Mythologies were written over a 10-year period between 2005 and 2015. The performances on the album feature the BBC Symphony Orchestra and four internationally-acclaimed conductors.