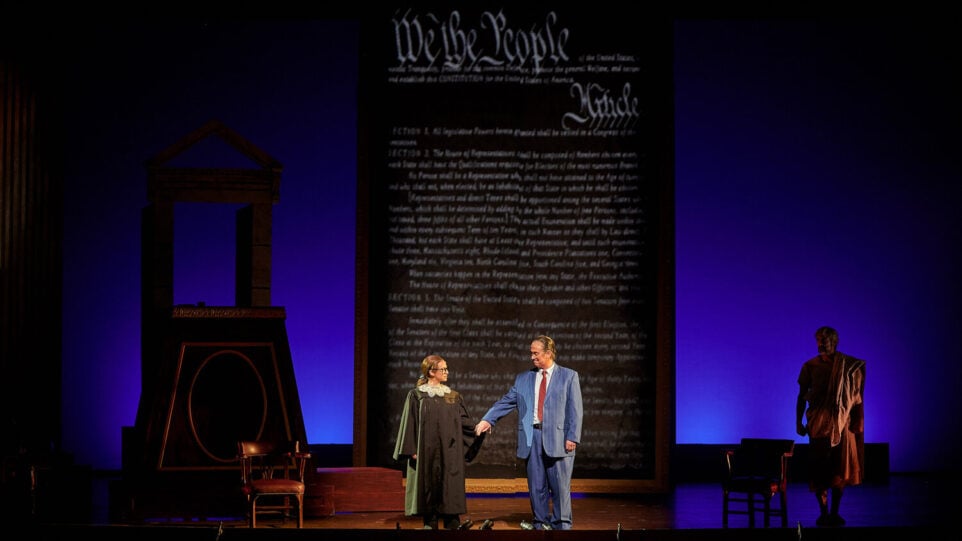 A double bill of courtroom operatic comedies is on the docket as Opera Delaware presents two works separated by 140 years: first, Trial by Jury, by Gilbert and Sullivan and second, Scalia/Ginsburg by contemporary composer Derrick Wang.

Premiered in 1875, Trial by Jury brings is all the comic wit and farce that had become the standard in a Gilbert and Sullivan production. In their second collaboration together, we have a bride to be who brings her fiancé to court for leaving her at the altar. And the judge’s solution is a surprise to us all.

Trial by Jury (in English)

Derrick Wang’s 2015 Scalia/Ginsburg is inspired by the friendship of Supreme Court Justices Ruth Bader Ginsburg and Antonin Scalia who shared two things — a deep philosophical opposition and a love of opera. But what would happen if these two ideological opposites had to appear before a Higher Power?