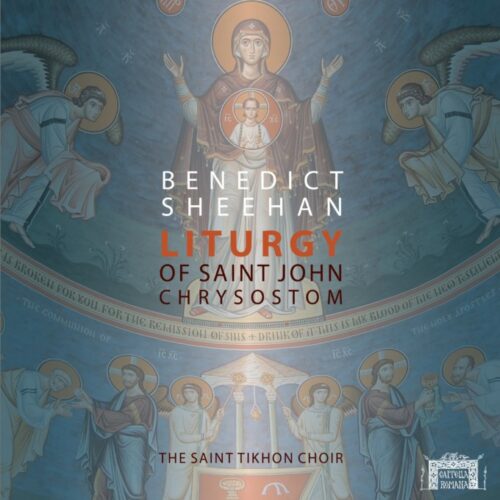 Cappella Records has released Benedict Sheehan’s Liturgy of St. John Chrysostom, the world premiere recording of a major new choral work of elegance and beauty, reminiscent of medieval Eastern chant, minimalism, American folk singing, with hints of Arvo Pärt and late Romanticism. The Liturgy is performed by the Saint Tikhon Choir, conducted by the composer. The Choir was founded in 2015 by its artistic director Sheehan and Abbot Sergius of St. Tikhon’s Monastery. It is the first professional vocal ensemble connected with an Orthodox monastery in America, founded with a mission to foster and build up the American Orthodox choral tradition at the highest artistic level.