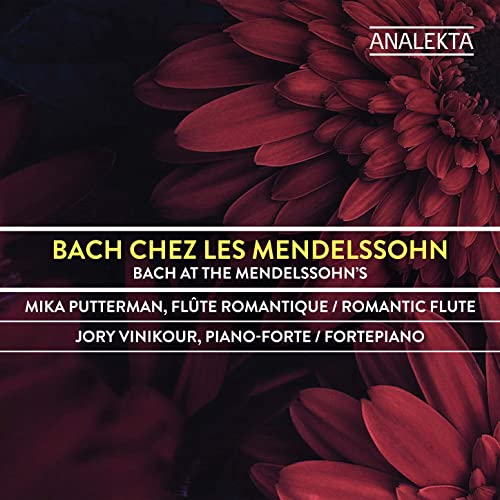 Flutist Mika Putterman and fortepianist Jory Vinikour present Bach at the Mendelssohn’s, their new album where they explore the largely uncharted territory of how the Baroque repertoire was interpreted during the Romantic period. When 19th-century musicians performed Baroque music, they paid little interest to what performance practice norms of the Baroque period might have been and instead used the expressive devices of their day.