Join us this Saturday for the winner of the 2020 Sphinx Competition Junior Division: Esme Arias-Kim of Hoffman Estates. Along with pianist Milana Pavchinskaya, Esme presents a program of Mozart, Ysaÿe, Wagner, Saint-Saëns, Gershwin, and Ponce. Thanks to the Music Institute of Chicago for letting WFMT record in Nichols Hall.

Esme Arias-Kim, 14, is a Merit Scholarship Fellow at the Music Institute of Chicago Academy, where she studies violin with Almita Vamos; and is a Fellow of Chicago Musical Pathways Initiative. She previously studied with Betty Haag-Kuhnke. Esme made her solo orchestral debut at the age of ten with the Oistrakh Symphony of Chicago, which was broadcast on Introductions on October 2016. Other appearances include soloist performances with the Fairbanks Symphony Orchestra, Sinfonia da Camera, Ottawa Chamber Orchestra, Lincolnwood Chamber Orchestra, Accademia d’Archi Arrigoni Orchestra; as well as recitals at Weill Recital Hall at Carnegie Hall, the Chicago Cultural Center, 92Y New York, Musikferien am Starnberger See in Germany, and Palácio Foz in Portugal.

Recent Introductions appearances include an early pandemic episode following a profile on WTTW’s Chicago Tonight with her sister Claire; and as a member of Trio Primavera in August 2020.

Esme was the First Place Laureate in the Junior Division of the 2020 Sphinx Competition. She has also been a first-place winner in many competitions including the Enkor International Competition, New York International Artist Association, Sejong Music Competition, the Music Festival in Honor of Confucius, DePaul Concerto Festival for Young Performers, Sinfonia da Camera Competition, Center Stage Concerto Competition, Lisker Music Foundation Young Artists Scholarship Competition, and the Fox Valley Orchestra Youth Concerto Competition. Esme competed in Il Piccolo Violino Magico International Competition in Italy as the only American after being selected one of sixteen finalists. Recently she was one of ten violinists selected to be part of the Brian Lewis Young Artists Program, a fully funded program made possible through the generosity of the Dorothy Richard Starling Foundation for ten highly gifted violinists.

Esme has received masterclasses from Julia Fischer, Vadim Gluzman, Kirill Troussov, Grigory Kalinovsky, Mihaela Martin, Ilya Kaler, and the Borromeo Quartet. Chamber music accolades include her ensembles being selected as quarterfinalists for two consecutive years at the Fischoff Competition and receiving 1st Prize Amateur Division Chamber for the Chicago International Music Competition. In March 2020, Esme soloed with the Civic Orchestra of Chicago at Symphony Center after participating as one of four finalists and receiving first alternate in The Crain-Maling Foundation CSO Young Artists Competition. Outside of playing the violin, Esme enjoys drawing, running, cooking and spending time with her sister.

Esme Arias-Kim says in this episode of Introductions that she creates drawings as an aid to learning and working her way through new pieces of music. Below are two paper sketches that support pieces she plays in this episode. 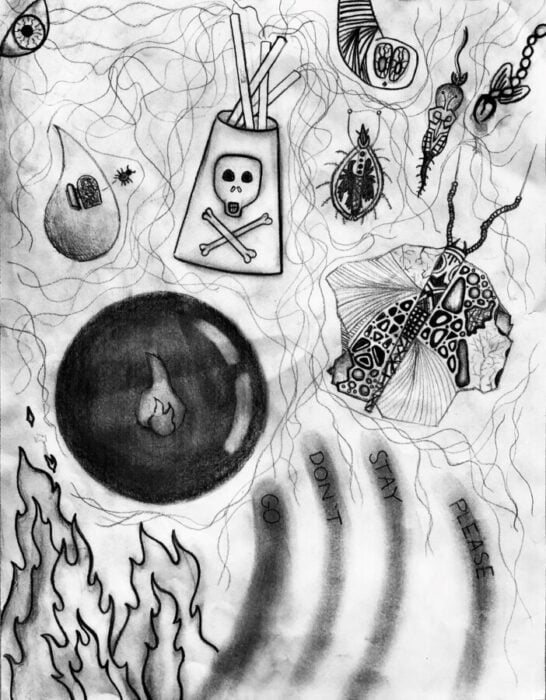 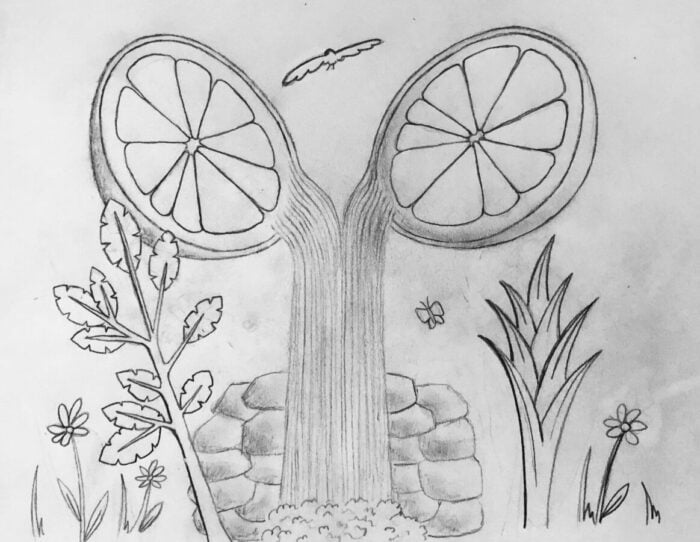 It Ain’t Necessarily So, by George Gershwin
Arranged by Jascha Heifetz