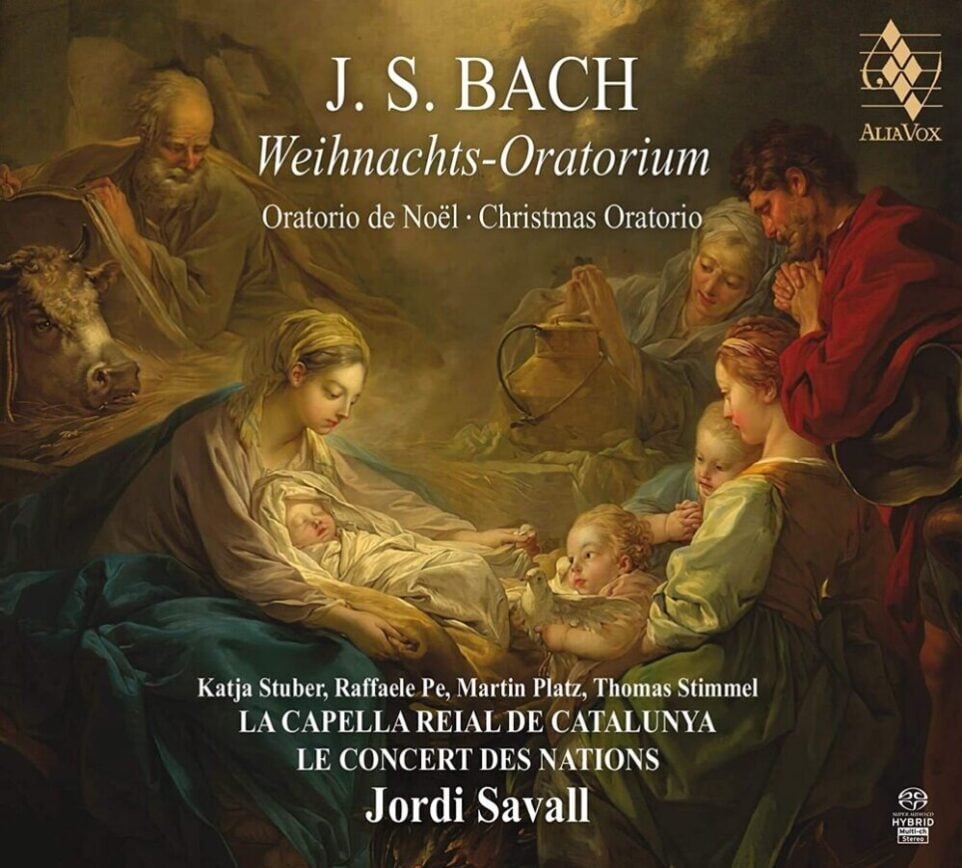 By the end of May 1723, Johann Sebastian Bach had finally been appointed cantor of the four churches in the historic center of Leipzig. Over the following six years, he was to take on the huge task of writing at least four complete cycles of cantatas for the entire liturgical year. This meant composing about sixty cantatas per year corresponding to all the Sundays and holy days of obligation. Bach composed six cantatas for the Christmas holidays in 1734, to have one performed for each particular holiday during services in the main churches of Leipzig, St. Thomas, and St. Nicholas. La Capella Reial de Catalunya, Le Concert des Nations, and soloists, under the direction of Jordi Savall, present a new recording of the Christmas Oratorio, recorded live in concert in December 2019 in Barcelona’s Palau de la Música.