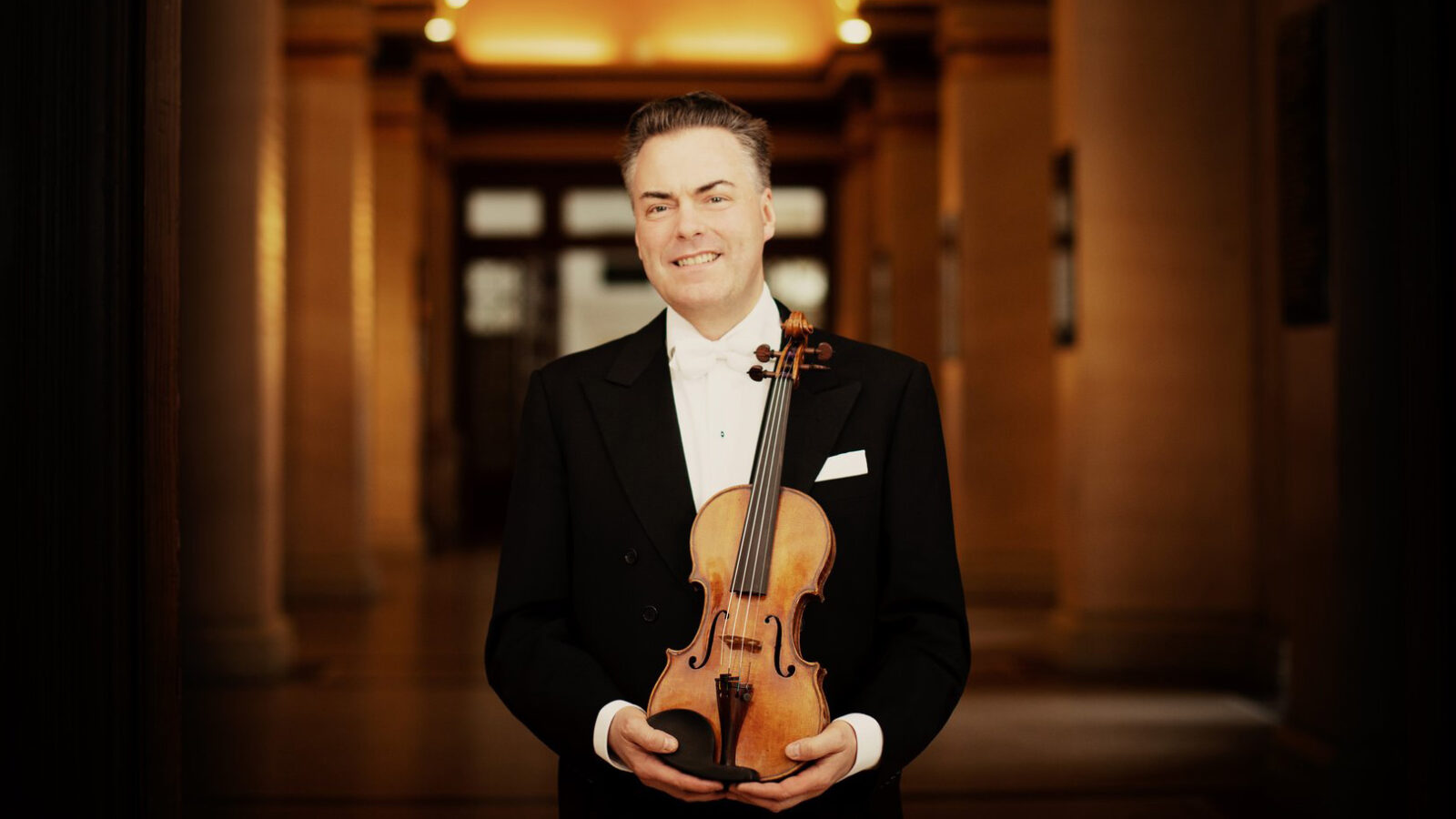 But, like so many other traditions, the COVID-19 pandemic has hindered this musical custom. Though the concert will be held live, and the selections will remain the same, there will be no in-person audience. Instead, when Chicago Symphony Orchestra music director Riccardo Muti takes the stage of the Musikverein on New Year’s Day, the radio and TV broadcasts will be the only way to take in the music. WFMT will broadcast the concert on January 1, 2021, at 10:00 am.

WFMT’s general manager and vice president, George Preston, spoke with Daniel Froschauer — first violin and section leader of the Vienna Philharmonic, who also worked with Maestro Muti to help plan the concert — about the importance of performing music during a pandemic and what 2021’s concert will look like.

George Preston: How have you and your colleagues in Vienna been filling your time during this pandemic?

Daniel Froschauer: We were still playing up until March, and I remember we were in Munich when the pandemic caught up to us and we could not play. For the next several months, we were not playing at all. We tried to stay positive in attitude.

We conducted tests to show how the aerosols expanded around the flutes, around the clarinets, around the string players sitting on one stand. We sent this to our Ministry of Health, and they thanked us… Then it got to the beginning of May, and then my colleagues started calling me and said, “Daniel, we need to play. We don’t know where we stand artistically anymore.”

And then the soccer teams could start playing again. I called our Prime Minister, and I said, “We are wondering why the soccer teams can start playing and the Vienna Philharmonic cannot play.” He said that that point made sense and that he would put this higher on his priority list of things to do. And sure enough, the week after that, he called and said, “Yes, you can play in June for one hundred people in the audience.”

We had a small series in June – each concert had a hundred listeners. We had Daniel Barenboim conduct three concerts, we had Maestro Muti come conduct two concerts, and then Maestro Welser-Möst conducted three concerts again. And of course, we were incredibly thankful to all the maestros for giving us their presence, because with one hundred people in the audience, you cannot think in economic terms. These concerts were a symbol of restarting cultural life in Austria, and because of these concerts, we could then help the Salzburg to do a festival. And because of the Salzburg Festival, the opera could restart again in September. And everything started looking good until the middle of September when the cases expanded again. It’s not the same severe lockdown we had in the spring; we can play now without an audience. 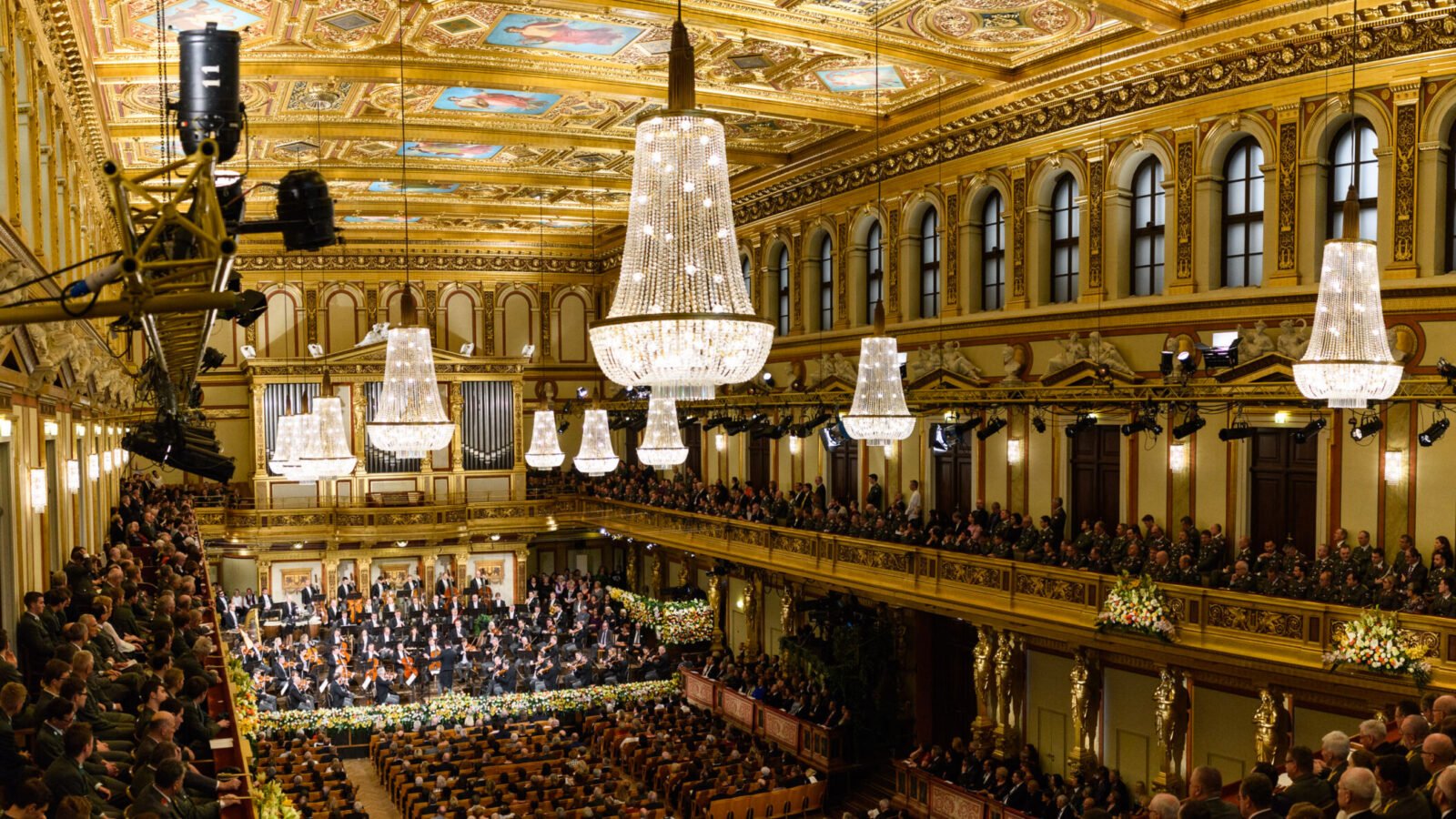 Froschauer: It was a big challenge because the New Year’s concert in itself is such a positive and bright way to greet the New Year. In many ways, that depends on the live audience. So, I must say that the Vienna Philharmonic can play the New Year’s concert, that in itself is a very, very positive sign. If I think about my many great colleagues and players in the US, in the Chicago Symphony or New York Philharmonic, many friends at the Metropolitan Opera, they don’t have the opportunities that we do. We feel privileged; believe me, this is not something we take for granted. It will be a different concert, but I think it will still be a very positive signal.

For me, music is the soul of humanity, and if you take this away, there’s just nothing, and then people will get frustrated. I think it’s a positive sign. That’s how we see it; we see that we’re very fortunate that we are able to do this, and we do it in dedication also to all musicians who are not lucky like we are, who cannot play.

Preston: Will some of the musicians be masked and spaced out differently than they ordinarily would be?

Froschauer: We have a disease prevention system; we will be tested for the New Year’s concert every day, and of course, in the backstage area we will have masks. Onstage, we will take off the masks and play in our normal spacing. We strongly believe that people want to hear our sound. And so, we said it would change ourselves too much if you have to really be spaced farther apart. Also, this music is very tricky. You have to play together very well, and that would be difficult; we’re not used to playing really far apart. With our prevention system, we were successful until now… so, it’s a very strict regimen in terms of staying healthy.

Preston: Will there be any changes to the programming? Some things on the concert that might not be there were the circumstances normal?

Froschauer: I talked to Maestro Muti about it; we have discussed this program now for a year and a half. He said that changing the program would be a sign of giving in. He was very convinced that we should keep the program… I think everybody in the world understands what we’re going through, what everybody is going through, and that we can play a concert is a sign alone, a healthy and good sign. Preston: We are thrilled to be presenting the New Year’s concert on WFMT and the television version on our sister station, the PBS affiliate in Chicago, WTTW. So, thank you for bringing us this music, which I’m sure will be an inspiration for everyone to ring in the New Year.

Froschauer: Thank you. We were happy and privileged to play this music for you. And we are so happy and privileged to have the music director of the Chicago Symphony with us for his concert. That’s something that brings us closer to our colleagues in the Chicago Symphony because it’s a common love of Maestro Muti that the two orchestras share. It brings us closer together.

Preston: Happy New Year and prost! It’s been wonderful speaking with you, and we look forward to the concert.

Froschauer: Thank you very much for having me. I wish all the best to all the listeners of WFMT.