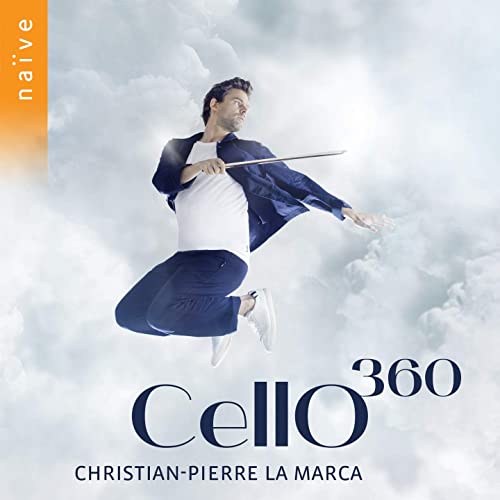 Christian-Pierre La Marca makes his debut on Naïve Records with Cello 360. The French cellist relishes crossing between genres and historical periods from the 17th to the 21st centuries, in a varied array of modes of performance – including multi-tracking to build up a many-voiced polyphonic texture, a single cello rotating through a full 360 degrees of temporal and technical diversity. “I really like the cross-cultural, multi-genre aspect of this CD. I love going from one musical style to another, creating links that did not previously exist, so as to reveal the infinite possibilities of the instrument,” says La Marca.