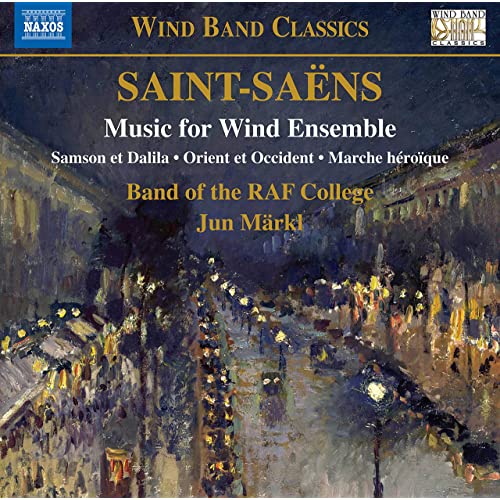 Camille Saint-Saëns was involved in every aspect of French music during his long lifetime, and his frequent travels led to a fascinating mixture of Western music with Moorish and African elements in works such as Orient et Occident and the Suite algérienne. Saint-Saëns wrote few works for winds, but the grand biblical themes of Samson et Dalila, patriotic military traditions, and the dignity of a British coronation all lend themselves perfectly to arrangement. Jun Märkl leads the Royal Air Force College Band in this generous sampling of Saint-Saëns’ many-faceted works.